In Russia, nanorobots are being created for different areas of medicine 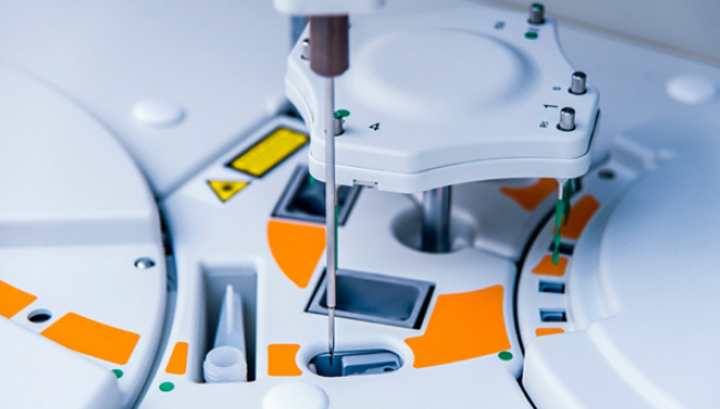 The joint holding RosElectronics (part of the Rostekh state corporation) will open in Krasnoyarsk the Center for the Development of Advanced Electronic Equipment for Diagnostics, Neurology, Surgery, Oncology and Other Directions of Medicine. This was announced on the eve of the Krasnoyarsk Economic Forum by the adviser to Rostekha General Director Sergei Sokol.

“The Center will form the scientific and research infrastructure of the sixth technological order that will allow the organization of the release of fundamentally new diagnostic and therapeutic tools,” Sokol said in a press release. “Serious groundwork has already been created in this direction. Small-scale production and prepared areas for industrial production, including “clean rooms” for the manufacture of complex medical structures and systems. ”

The Center’s facilities plan to manufacture equipment and software for magnetic encephalography, digital controlled drugs, and the newest medical sensory systems. A separate line of work will be the development and production of bionanobots for molecular-cellular therapies (therapy + diagnostics) and rapid diagnostic systems in oncology.

To treat cancer, microscopic robotic systems are created that can independently detect and destroy cancer cells from within, RIA Novosti reported. We are talking about the technology of obtaining special nanoscale disks consisting of successively located layers of gold and nickel and containing biologically active molecules. The scope of this development is the diagnosis and treatment of not only oncological diseases, but also various infections and diseases of the central nervous system, as well as wound healing and stopping of internal bleeding.

“When they get into the human body, they turn into” predators “, tracking down viruses, cancer cells.When they find a target, they penetrate or” stick “to the” victim. “Then, under the influence of an electromagnetic field, they destroy the structure of a diseased cell or virus, causing their death “, – explained Falcon.

Among the developments that can go into mass production in the near future, is a technology that allows healing surgical sutures and wounds three times faster than existing methods. To achieve such results doctors will be helped by special vacuum dressings and magnetic nanoconstructions, which provide targeted delivery of medicines to the affected organs and tissues of a person.

“This is a vacuum-instillation therapy apparatus that can maintain a negative pressure in the wound for a long period of time, while the pressure regime can change rapidly depending on the nature and complexity of the wound, the rate of its healing,” Sokol explained.

In addition, they are preparing for the experimental production of intraoperative and differential rapid diagnostics. The conditions for the production of bionanobots and medical robotic systems are also being worked out, allowing doctors to perform therapeutic and diagnostic manipulations at the molecular-cellular level.

“These and other products are based on unique technologies at the intersection of medicine, physics and chemistry – they seem fantastic, but it’s a reality that is close,” commented Sokol. “There are positive results from laboratory studies, tests are being conducted that confirm the effectiveness of new techniques, Prototypes of equipment.The task of the state now is to provide support, create the necessary conditions for the development of technology and further access to the market.It should also develop and maintain cooperation with leading scientists And educational institutions, to involve them in production processes is one of the main tasks of the center. “