In Russia there will be unmanned agricultural machinery 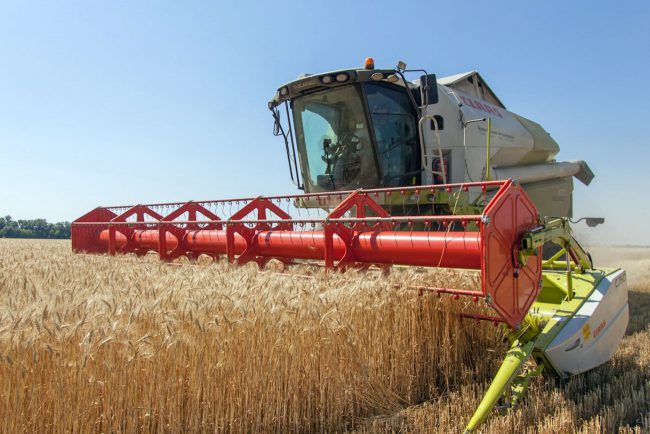 Ruselectronics has announced that it will soon be released a line of automated farm equipment. Currently launching the production of unmanned harvester to be manufactured entirely of domestic components and on the basis of Russian software.

As the press service of “Roselektronika”, for the creation of “stuffing” future bespilotnikov meets Moscow design center microelectronics niim “Progress”, and the budget of the project is about 230 million rubles.

General Director of the niim “Progress” Igor Korneev says that new domestic development can enter the market in the next two years: “after the development works in two years we will be able to provide automatic piloting: combine can attend to, but rather to control and in case of an emergency. In the open field any special hazards seem to be there. This is not the road, where around cars and pedestrians. So the task of creating unmanned harvester and tractor will be solved faster than the problem of creating a self-driving car”

The movement of the harvester is controlled by several components: hydraulic control unit, electric controller and navigation receiver GLONASS/ GPS. Receiver in 2014 has been successfully tested on the basis of the Timiryazev agricultural Academy. During the experiments, variations in precision of movement and positioning was only 2 cm.

Agronomists argue that the introduction of unmanned agricultural machinery will become a new milestone in the development of agriculture, which will increase the efficiency of seeding, and will also be a reduced amount of fertilizer. This type of cultivation is called “coordinate farming.

As said General Director of “Roselektronika” Igor Kozlov, the project aim to obtain not only the minimum price among their foreign counterparts, but higher quality in some parameters that will yield positive dynamics of development not only agriculture, but also mechanical engineering in General.