In Russia they are developing a robotic trimaran 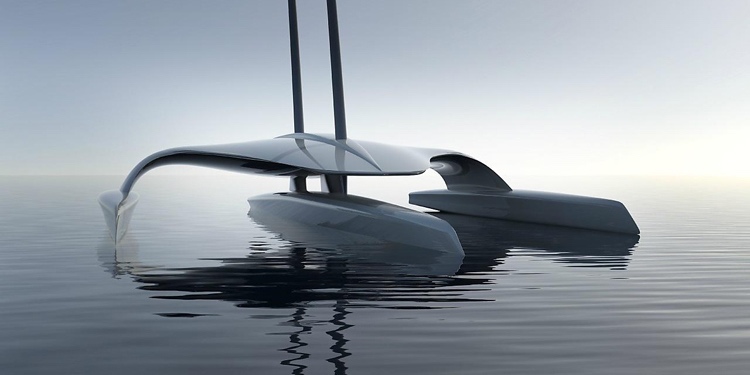 The new device will be able to move along the surface of the water and dive to a shallow depth, even in case of strong excitement.

The robotized surface-submerged apparatus of the far sea zone “Shadow” is being developed in Russia. As reported in the main research and testing center of robotics of the Ministry of Defense of the Russian Federation, the model of the created trimaran was first presented at the international forum “Army-2017” in the Moscow region.

According to the data presented at the stand of the Center, the external appearance of the tri-robot has already been studied, all the necessary theoretical calculations have been carried out to justify the tactical and technical data of the future marine drones. The tasks of this apparatus will be monitoring of distant marine areas and collection of data on the ecology and hydrophysics of the World Ocean.

The full displacement of the “Shadow” can reach 140 tons. The peculiarity of the device is that it can both move along the surface of the water and dive to a shallow depth in case of strong excitement. All surfaces of the “Shadow” are made using stealth technology, which makes the trimaran invisible.

It is expected that the autonomy of the “Shadow” will be up to 90 days, and the range will reach 13 thousand nautical miles. The trimaran, in which the principle of electromigration will be applied, is supposed to be equipped with electrochemical batteries.