In Russia they create a methane rocket engine 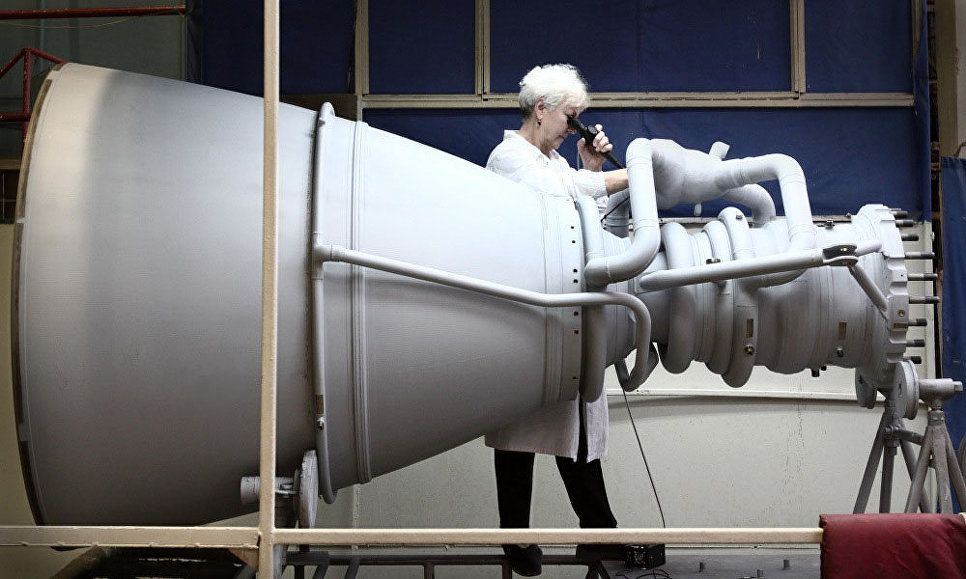 Russian engineers have begun to develop a methane engine for carrier rockets. The product will be called RD-169, its tests can begin in a few years.

In Russia, they started to create a methane rocket engine. It is developed by specialists of NPO Energomash. According to the head of the enterprise Igor Arbuzov, the product can be tested in three to four years. “The engine was named RD-169. This is actually a new engine, based on the knowledge that we have been building since the early 2000s, “Arbuzov said.

According to him, Russian engineers received valuable experience for the design of the engine when carrying out work on RD-0146. The latter is a gas-free liquid-propellant rocket engine developed by the Design Bureau of Automotive Chemistry in Voronezh. The device is an analogue of the American RL-10B-2. “We even tested the work of some engines with a methane mixture, for example RD-0146, in practice. The very possibility and effectiveness of such a scheme has been confirmed, “Igor Arbuzov explained.

Methane rocket engines are considered by many specialists to be the most promising direction in rocket engineering. Methane has a broad raw material base and low cost in comparison with kerosene. Gas can be extracted from asteroids, planets and their satellites, providing space missions of the future with fuel.

The above mentioned caused a special interest in methane rocket engines from such modern innovators as Ilon Mask and Jeff Bezos. Recall that the promising space system from the company SpaceX, received the name Big Falcon Rocket, is built around the methane engine Raptor, a series of tests which have already been successfully carried out. In turn, Jeff Bezos and specialists of his Blue Origin company are considering the option of installing the BE-4 methane engine on the promising New Glenn missile, which is supposed to be partially reusable.

Let’s add that the Falcon-9 booster, which has a returnable first stage, uses the Merlin engine, which operates on a kerosene / liquid oxygen fuel pair. A similar fuel pair takes place on Russian rockets of the Soyuz and Angara series. At the same time, the Proton-M booster, which is soon going to be decommissioned, uses very toxic heptyl as a fuel. The latter is considered as one of the main reasons for abandoning this rocket.