In Russia, they created a unique two-laser 3D printer 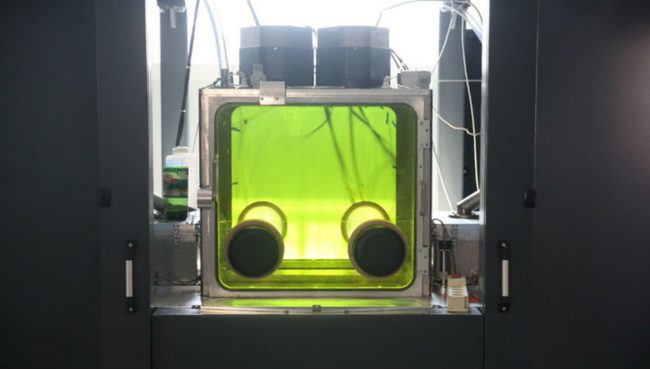 The development of 3D printing technologies does not slow down. We regularly create something new, simplifies life and expands our possibilities. And recently it became known that a unique 3D printer equipped with two lasers was created at one of the enterprises of the state corporation “Rosatom” and allows to print simultaneously with two different materials.

The printer is designed primarily for working with metals and, in comparison with analogues, its productivity is increased by 60%. The second laser of the printer can not only accelerate the production of parts, but also immediately process the part. The main advantage is that it became possible to manufacture the parts from two different metals at once. According to Deputy Director General of the Central Research Institute of Mechanical Engineering Vladimir Beregovsky,

“The complexity of creating parts from two materials is that each of them must have certain properties at the output, corresponding to the material passport.”

At the same time, during the printing, “chips” are inevitably formed, which will be collected and reused. Given that the printer uses 2 materials at once, the size of their particles will initially be different in order to separate them and re-load them into the device. As a test sample, the new printer prints the blitz used in the production of aircraft. Bliss is a turbine, the blades of which are connected to the disk of the rotor. As a rule, blitz is made of a single piece of metal or by the method of fusing ready-made blades into the disk of the rotor. But a “dual” 3D printer can immediately create details without additional manipulation. Both the disk and the blades will be made of different nickel alloys, which, among other things, will also reduce the mass of the part.