In Russia will start the production of commercial drones 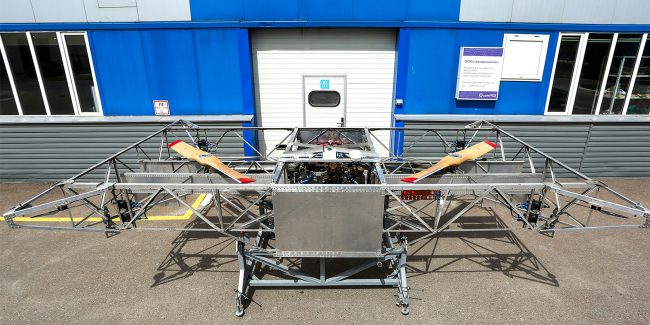 Company “Awareline” based in Kazan Technopark “Khimgrad”, has developed a cargo drone Flyp is intended for transportation of cargoes in remote areas. These drones can be very useful at oil fields near the centers of forest fires and for chemical treatment of woods and fields. The developers claim that the use of these drones will help to save time and resources, the website Rusbase.

A cargo unmanned aerial vehicle, capable of lifting up to 180 pounds and fly with this load up to 200 kilometers, was created in the last year, and then completed a series of tests.

Now developers were able to get investments in the amount of EUR 1 million that are planning to put on the production launch drones and order fulfillment. Among the first customers interested in a promising development, was the government of the Republic of Tatarstan, make an order for 10 drones. Among other partners of the company “Awareline” since autumn of last year the number of agro-industrial company “August” and Pony Express.

One drone costs Flyp developers in 25 thousand dollars. “Awareline” plans to put drones in rent for the license fee to three million rubles and charge for every hour of flight.