In secret from us, plants hear, communicate and scream 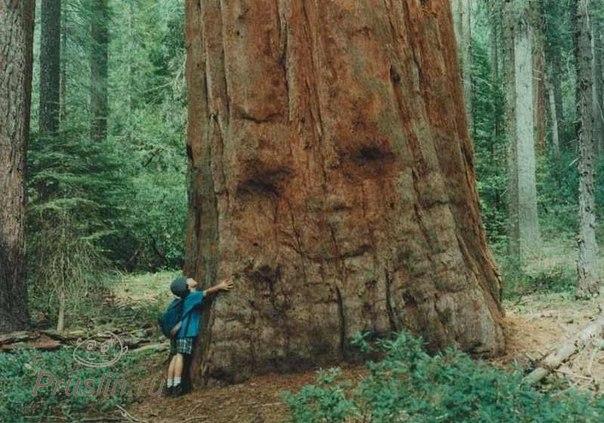 We are all too chauvinists. Considering ourselves the pinnacle of evolution, we distribute all living things in a hierarchy in terms of the degree of closeness to ourselves. Plants are so unlike us that they seem to be not quite alive. Biblical Noah was not given any instructions about their salvation on board the ark. Modern vegans do not consider it shameful to deprive them of their lives, and fighters with the exploitation of animals are not interested in “plant rights”. In fact, they do not have a nervous system, eyes and ears, they can not hit or run away. All this makes plants different – but not inferior. They do not lead the passive existence of the “vegetable”, but they feel the surrounding world and react to what is happening around. In the words of Professor Jack Schultz, “plants are just very slow animals.”

“The Secret Life of Plants” became public in large part thanks to the book of Peter Tompkins, published in the early 1970s, at the height of the popularity of the New Age movement. Unfortunately, she was not free from many of the characteristic errors of that time and gave rise to many myths, the most famous being the “love” of plants for classical music and contempt for modern music. “Pumpkin, forced to listen to rock, deviated from the speakers and even tried to scramble up the slippery glass wall of the cell,” Tompkins described the experiments set by Dorothy Retallac.

I must say that Mrs. Retallak was not a scholar, but a singer (mezzo-soprano). Her experiments, reproduced by professional botanists, showed no special reaction of plants to music of any styles. But that does not mean that they do not hear anything at all. Experiments repeatedly demonstrate that plants can perceive acoustic waves and react to them – for example, the roots of young corn grow in the direction of the oscillation source at a frequency of 200-300 Hz (approximately from the salt of the small octave to the first one). Why, it is still unknown.

In general, it is difficult to say why plants need a “rumor”, although in many cases the ability to respond to sounds can be very useful. Heidi Appel and Rex Cockcroft showed that Tal’s rezuchovidka perfectly “hears” the vibrations created by aphids devouring her leaves. This little-known relative of cabbage easily distinguishes such sounds from ordinary noises like wind, the wedding song of a grasshopper or vibrations caused by a harmless fly that has sat down on a leaf. 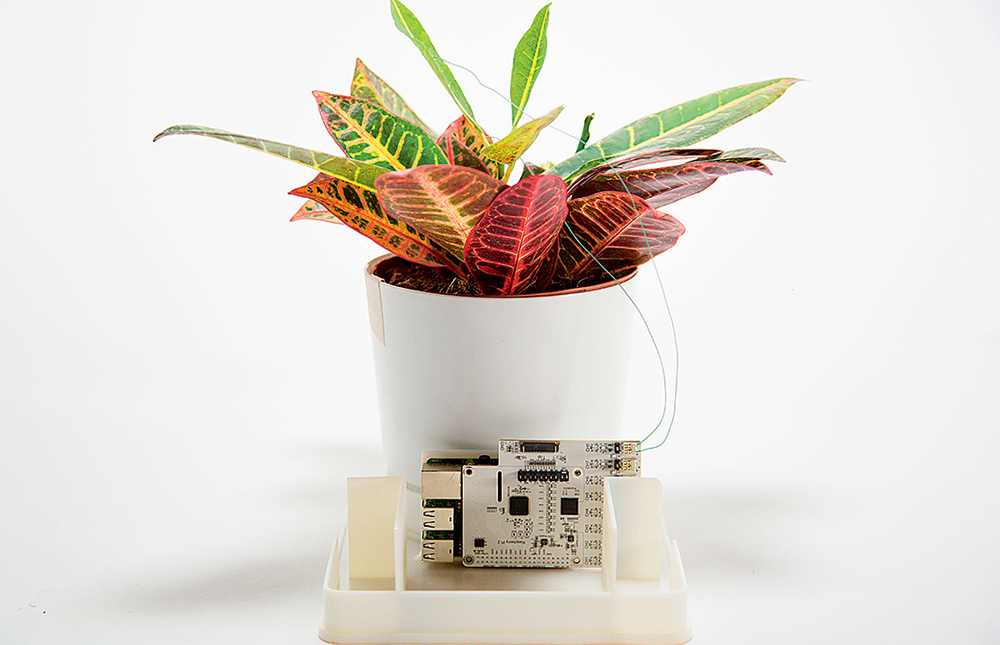 Helen Steiner with the support of Microsoft is working on an art project Florence – a system for “communicating” with indoor plants. According to the plan, the signals can be transmitted to the plant using light and color, and the answer is to know the composition of the volatiles released and the general state of the plant. The computer algorithm “translates” these signals into words of ordinary human speech.

This sensitivity is based on the work of mechanoreceptors, which are found in the cells of all parts of plants. Unlike the ears, they are not localized, but are distributed throughout the body, like our tactile receptors, so they were not immediately able to understand their role. Noticing the attack, the rezuchovid reacts actively to it, changing the activity of many genes, preparing for the healing of lesions and secreting glucosinolates, natural insecticides. Perhaps the nature of the vibrations of plants even distinguish between insects: different species of aphids or caterpillars cause a completely different response from the genome. Other plants in the attack give off sweet nectar, which attracts predatory insects, such as wasps – the worst enemies of aphids. And they always warn neighbors: in 1983, Jack Schultz and Ian Baldwin showed that healthy maple leaves react to the presence of damaged ones, including protection mechanisms. There are their communications in the “chemical language” of volatile substances. 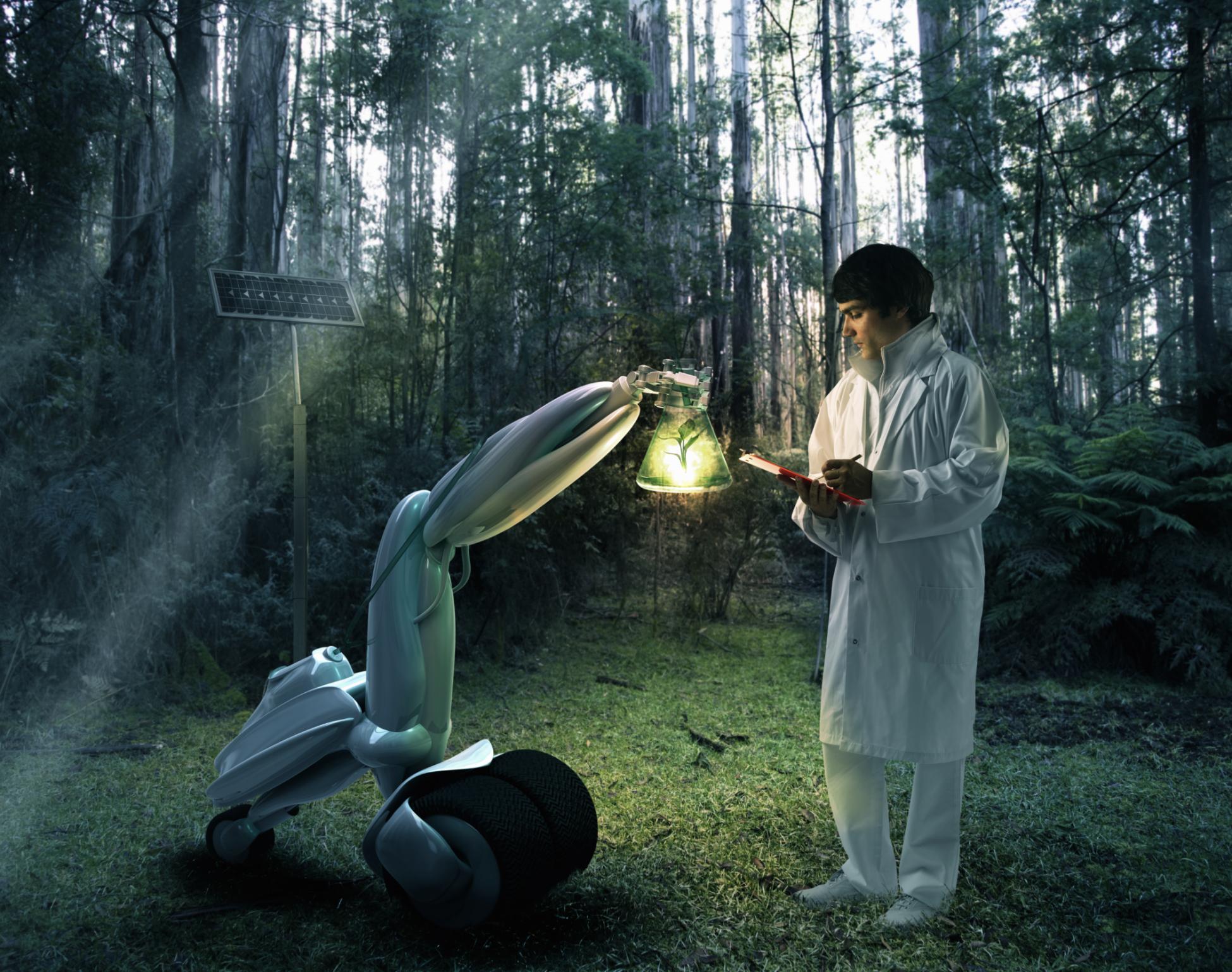 This precaution is not confined to relatives, and even remote species are able to “understand” the danger signals of each other: to rebuff uninvited guests more easily together. For example, it has been shown experimentally that tobacco develops a protective reaction when damaged by a growing number of wormwood. Plants as if screaming in pain, warning neighbors, and to hear this cry, you just need to “sniff” properly. True, whether it can be considered an intentional communication, is still unclear. Perhaps in this way the plant itself transmits the flying signal from one part to another, and the neighbors only read its chemical “echo”. Real communication is provided by … “mushroom Internet”.

The root systems of higher plants form close symbiotic associations with mycelia of soil fungi. They are constantly exchanging organic and mineral salts. But the flow of substances – apparently not the only one that moves along this network. Plants, whose mycorrhiza is isolated from neighbors, develop more slowly and suffer a worse test. This suggests that mycorrhizas also serve for the transmission of chemical signals, mediated, and perhaps even “censored” by fungal symbionts. This system is compared with a social network and is often referred to simply as the Wood Wide Web – “All-World Wide Web.” 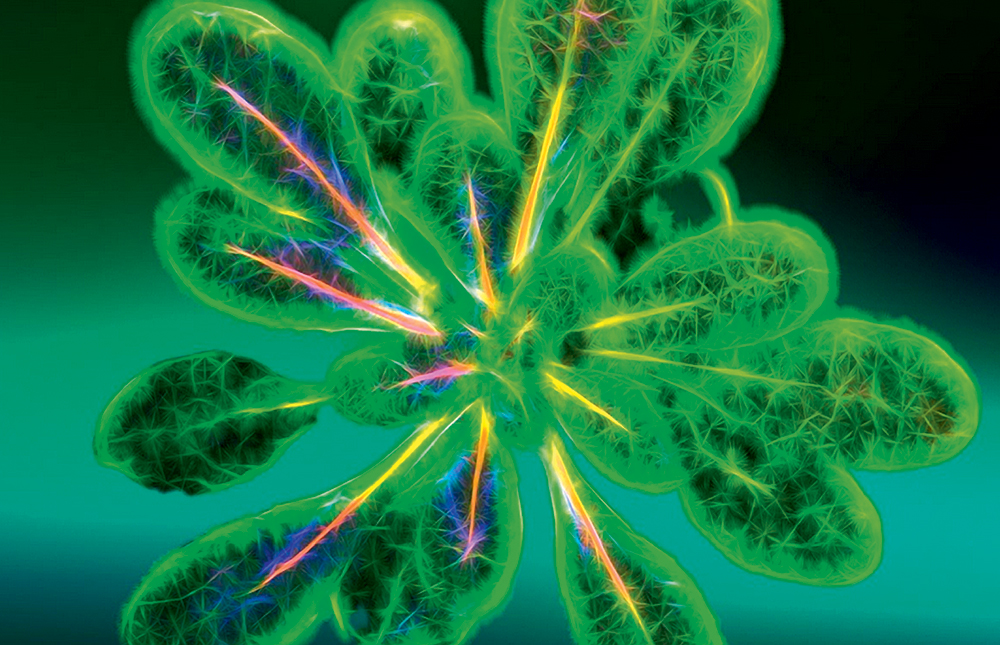 Swiss startup Vivent offers plant lovers to purchase a ready-made device PhytlSigns. Reading weak electrical signals from the stem or leaves, it converts it into a kind of music, which, as the producers assure, allows you to assess the condition and even the “mood” of the plant.

All these “feelings” and “communications” help plants to find water, nutrients and light, protect themselves from parasites and herbivores, and attack themselves. They allow you to rebuild the metabolism, grow and reorient the position of the leaves – to move. The behavior of a venus flytrap can seem like something incredible: not only does this plant eat animals, it also hunts them. But the insectivorous predator is no exception among other flora. Just by speeding up the video of the week from the life of the sunflower, we will see how it turns behind the sun and how it “falls asleep” at night, covering leaves and flowers. In accelerated photography, the growing tip of the root looks quite like a worm or caterpillar creeping toward the target.

Muscle is absent in plants, and movement is provided by cell growth and turgor pressure, the “density” of filling them with water. Cells act as a complexly coordinated hydraulic system. Long before video recordings and time-lapse techniques, Darwin paid attention to this, who studied the slow but obvious reactions of the growing root to the environment. His book The Plant Movement ends with the famous: “It is hardly an exaggeration to say that the tip of the root, endowed with the ability to direct the movements of neighboring parts, acts like the brain of one of the lower animals … perceiving impressions of the senses and giving direction to various movements.”

Some scholars took Darwin’s words as another epiphany. A biologist from the University of Florence Stefano Mancuso drew attention to a special group of cells on the growing tips of the stem and roots, which is located on the boundary between the dividing cells of the apical meristem and continuing growth, but not division, by the cells of the stretch zone. Back in the late 1990s, Mancuso discovered that the activity of this “transition zone” directs the increase in the cells of the extension zone, and thus the movement of the whole root. This is due to the redistribution of auxins, which serve as the main growth hormones of plants. 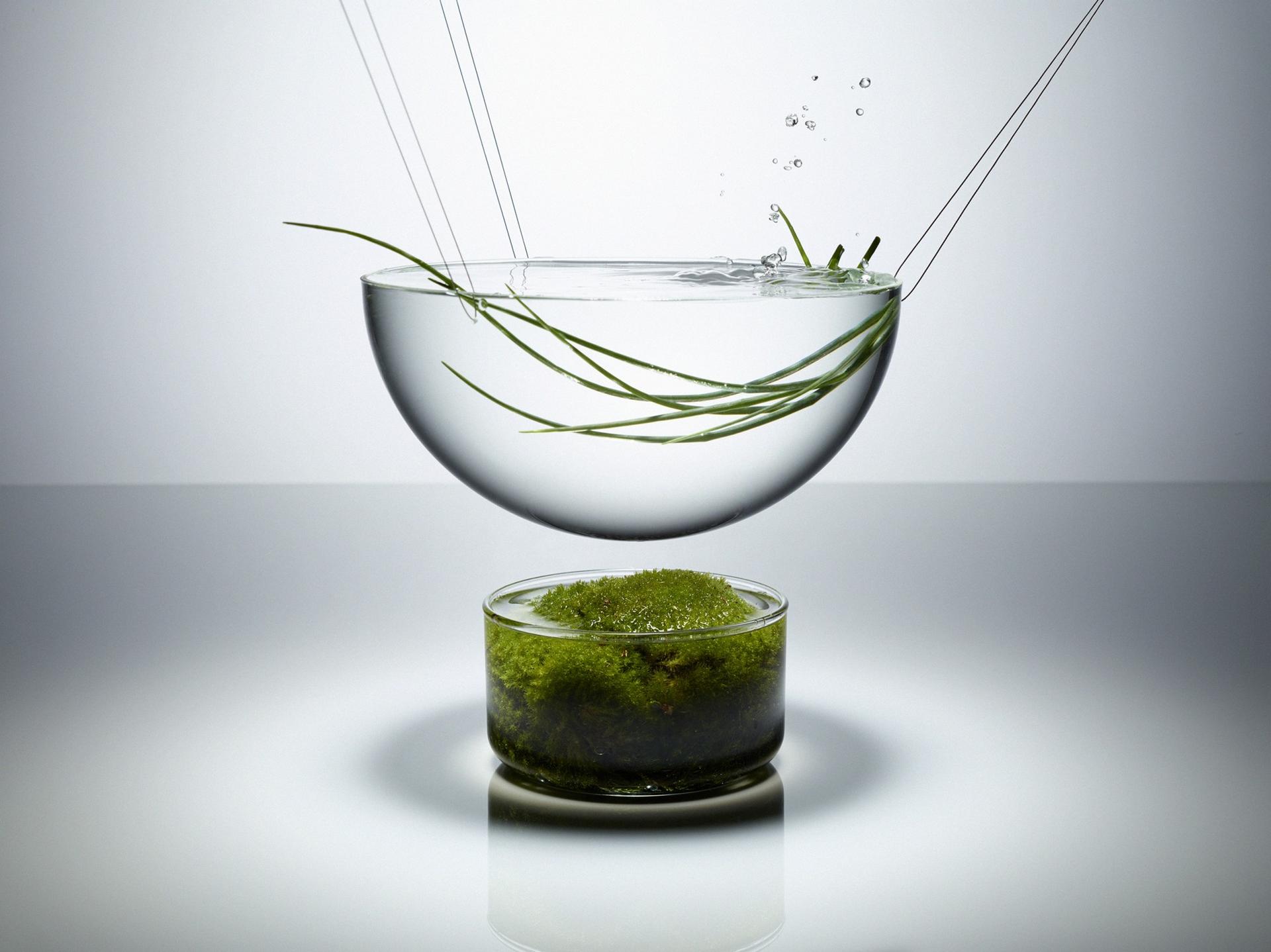 Like in many other tissues, in the cells of the transition zone, scientists notice very familiar changes in the polarization of the membrane. Charges inside and outside them fluctuate, like potentials on neuronal membranes. Of course, this tiny group can never achieve the performance of a real brain: in each transition zone, not more than a few hundred cells. But even in a small herbaceous plant, the root system can include millions of such developing tips. In sum, they give a quite impressive number of “neurons”. The structure of this thinking network resembles a decentralized, distributed Internet network, and its complexity is quite comparable to the true brain of a mammal.

It’s hard to say how much this “brain” is capable of thinking, but here the Israeli botanist Alex Kaselnik and his colleagues discovered that in many cases the plants really behave almost like us. Ordinary sowing peas scientists put in conditions under which he could grow roots in a pot with a stable content of nutrients or in the neighboring, where it was constantly changing. It turned out that if there is enough food in the first pot, peas will prefer it, but if it is too small, then it will start “risking”, and more roots will grow in the second pot. Not all specialists were ready to accept the idea of ​​the possibility of thinking in plants. Apparently, most of all she shocked Stefano Mancuso himself: today the scientist is the founder and head of the unique “International Laboratory of Plant Neurobiology” and calls for the development of “plant-like” robots. This appeal has its own logic. After all, if the task of such a robot is not to work at a space station, but to study the water regime or monitor the environment, then should not we focus on plants that are so remarkably fit for this? And when the time comes to tackle the terraforming of Mars, who better than plants “tells” how to return the life of the desert? .. It remains to learn what the plants themselves think about the exploration of the cosmos.

Plants have a wonderful sense of the position of their own “body” in space. The plant planted on one side is oriented and will continue to grow in a new direction, perfectly distinguishing between the upper and the lower. Being on a rotating platform, it will grow in the direction of centrifugal force. Both are connected with the work of statocytes, cells that contain heavy spheres-statoliths, settling under the force of gravity. Their position and allows the plant to truly “feel” the vertical.