In Siberia, found the first dinosaur eggs in Russia 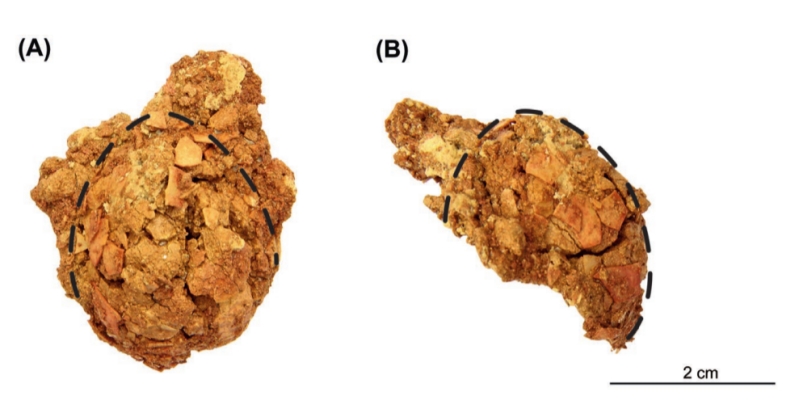 Russian paleontologists made a unique discovery for Russia – two eggs of a small dinosaur of the beginning of the Cretaceous period.

The fossilized shell of two dinosaur eggs was found near the village of Shestakovo in the south of the Kemerovo region in the Ilek geological formation in a layer formed 145-100 million years ago, at the beginning of the Cretaceous.

Determine the type of animal in the egg, as a rule, is impossible, unless the remains of adult specimens have been preserved nearby. To classify such finds, there is a proper, conditional, taxonomy. Kemerovo egg was carried to the genus Prismatoolithus. Since the structure of the shell of the Kemerovo egg is somewhat different from the shell structure of other eggs related to this genus, Russian scientists proposed to attribute the find to a new species – Prismatoolithus ilekensis (genus and species serve for the classification of eggs, not for adult animals). It is known that the egg was laid by a female representative of the theropod detachment, troodontida or protoptitsa. The length of the eggs is a little over 2 centimeters, which indicates the small size of the adult.

The thickness of the egg shell was only 300-330 microns. The egg has survived well enough for scientists to consider three layers of shell: mamillary, prismatic and external; the skeleton of the embryo was not preserved.

The area where the dinosaur egg was found is rich in paleontological material; there, in the Ilek formation near the village of Shestakovo, in 2006, the remains of psittacosaurus Psittacosaurus sibiricus, the largest known species of one of its kind and one of the few dinosaurs inhabiting the territory of modern Russia, were found. Ibid, in Shestakovo district, the third expedition of Tomsk State University discovered in 2008 fragments of the shell, preserved from the beginning of the Cretaceous period; the oldest were the Chukchi fragments of the egg, dated by the Late Cretaceous. 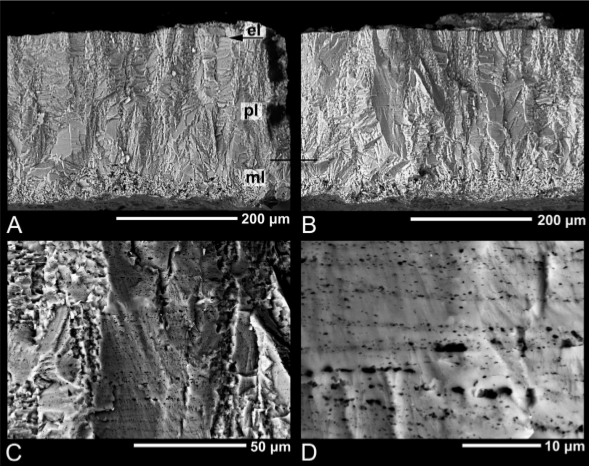 (A) The egg shell of a dinosaur Prismatoolithus ilekensis under an electron microscope. (B) Radial projection; shell ultrastructure. The boundaries between the three layers – mamillary, prismatic and smooth external – are visible. (C), (D) The prismatic layer is close-up. Pavel P. Skutschas et al. Historical Biology, 2017.

Most often, dinosaur eggs are found in Mongolia, China and the United States. The discovery, made by the American expedition in Mongolia in 1923, laid the foundation for this direction of paleogerpetology; Since then, many individual eggs and whole clutches have been found; they made it possible to learn a lot about the reproductive biology of the ancient lizards: in particular, that, like birds, some dinosaurs built nests and cared for the young. Dinosaur eggs also became the main argument in the debate about the warmth of these animals. Some fossilized eggs were painted blue; blue pigments, as scientists believe helped to maintain the optimum temperature inside the egg; a similar strategy is used by modern thrushes and other birds.