In Siberia, found the remains of an unknown mammal 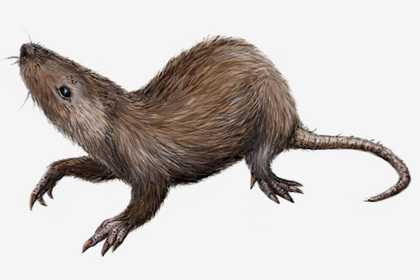 The beast was like a rodent and lived in the days of dinosaurs. Scientists called the animal a kayakabatir (Baidabatyr clivosuy). Petrified tooth (upper premolar) of the mammal was found at the site of the excavation – near the village of Bolshoi Kemchug (Krasnoyarsk Territory). Paleontologists have established that the find refers to the Cretaceous period.

Analysis of the tooth of the baidabatra showed that it can be attributed to a new species of multi-humpbacked mammals that inhabited the world in the Mesozoic era. A characteristic feature of these animals was the shape of teeth with numerous tubercles. Paleontologists have established that the kayak is a primitive representative of his group.

According to scientists, the find is confirmation that in Western Siberia the species composition of mammals and amphibians has not changed for tens of millions of years.