In South Korea, a robot with an armchair 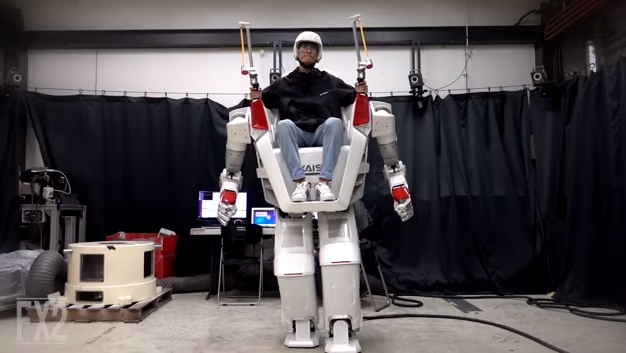 Robots that can be controlled sitting from the cockpit are developed in many countries. Some of them even organize fights, such as between the Japanese Kuratas and the American Megabot Mk.III.

In South Korea, a similar robot was also recently introduced. It was created by specialists from the institute KAIST. The robot was called FX-2. It is not designed for fighting, which is probably why it does not have a secure cabin. In addition, the robot was not so great as its more formidable predecessors. Its height is about 2 meters.

The novelty was first shown with a humanoid robot Hubo at the ceremony of relaying the Olympic torch relay.

Robot FX-2 is controlled by means of two handles. As you can see on the video, the operator is able to move easily not only with his hands, but also with individual robot fingers.