In South Korea, built the most black building

In the South Korean city of Pyeongchang appeared the most black building in history. In the literal sense of this expression. Architect Asif Khan was commissioned to create, on the occasion of the 2018 Winter Olympics, a new Hyundai Pavilion building with parabolic walls 10 meters high and 35 meters long and covering it with one of the blackest known substances Vantablack VBx 2.

The Vantablack VBx 2 substance, absorbing 99 percent of the visible light, was produced by NanoSystems. The substance covered by the substance looks simply unreal. Interestingly, inside the building is completely white, due to what creates a fantastic contrast. 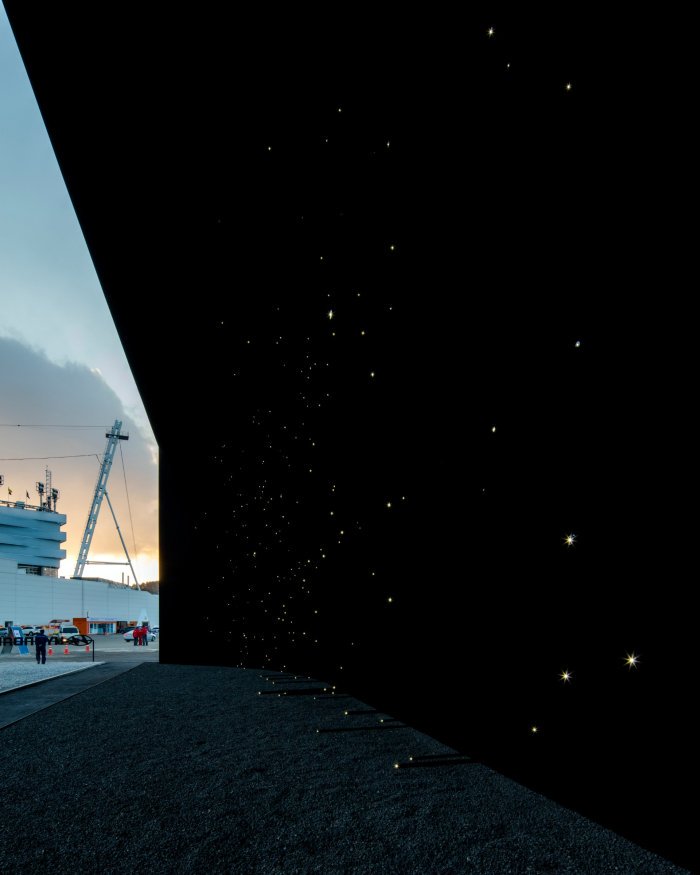 Despite the fact that Vantablack is really impressive, the builders had to tinker a lot to put it on the surface of the building. Recall that the substance Vantablack itself consists of carbon nanotubes. Million carbon nanotubes vertically located next to each other. Each nanotube has a diameter of about 20 nanometers (which is about 3500 times smaller than the diameter of a human hair) and a length of 14 to 50 microns (1 micron = 0.001 millimeters). When light hits nanotubes, the photons are actually trapped in their structure, begin to randomly move inside and eventually disappear, passing into heat.

The original method of coating a material with Vantablack nanotubes involves literally “growing” them on the material through chemical vapor deposition. The result is a substance capable of absorbing 99.6 percent of all visible, infrared and ultraviolet light.

Surrey NanoSystems was able to develop a sprayable version of Vantablack, which is capable of blocking only visible light, but in which nanotubes are randomly arranged, rather than structurally vertical, as in the original substance. Paint VBx 2, in turn, does not use nanotubes at all and can be used for commercial purposes, since its production is much easier. The finished product just covered Hyundai Pavilion. 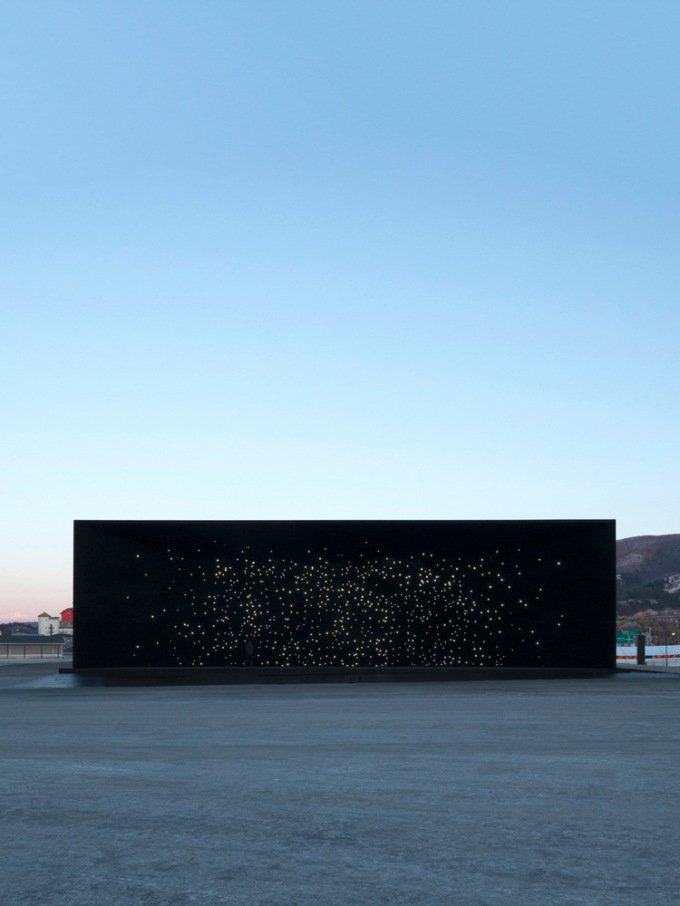 Under certain lighting conditions, it seems that the three-dimensionality of the building disappears. And the metal rods built into the walls, the ends of which come out, create the effect of stars shining against a background of total darkness. 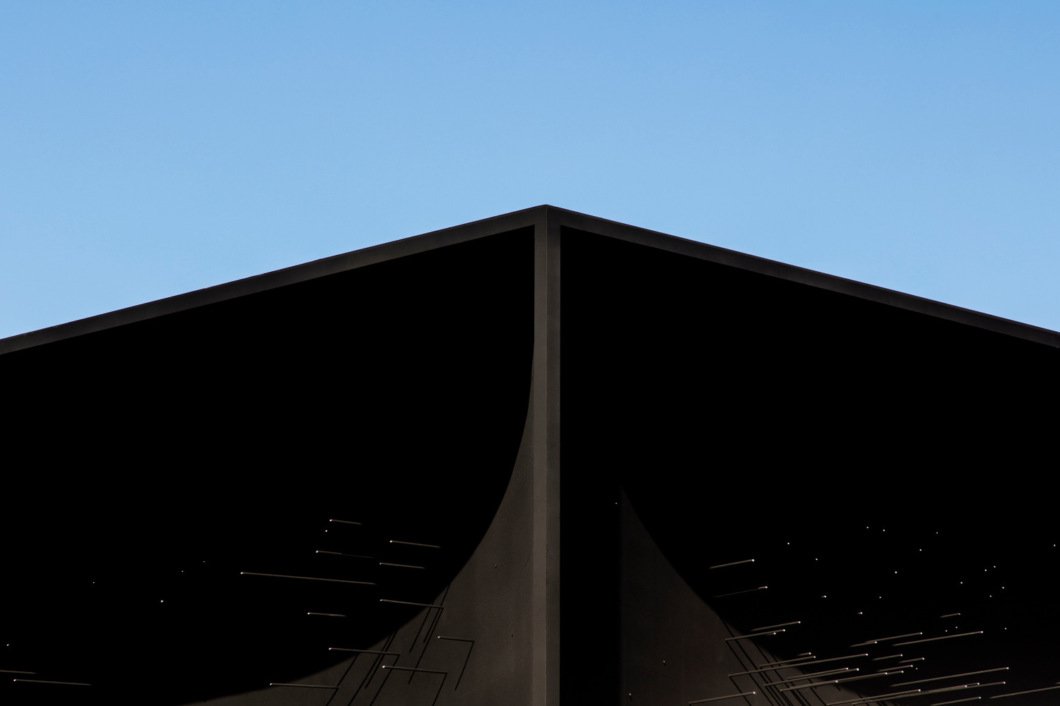 “From a distance, the design will look like a view from a window that opens into outer space. When you approach it, this feeling will grow, and when you enter the building, you will get the impression that you were swallowed up by a cloud of darkness, “Khan comments.

But as already noted above, the interior of the building is completely opposite to the exterior. Inside everything glows brightly, and the installation in the form of stone streams, through which 25,000 drops of water run to the center of the composition every minute, is an ideal place for relaxation, meditation, or just admiring such beauty. Built-in tactile sensors in the installation allow visitors to interact with it, changing the rhythm of movement and collision of drops between each other. According to the designer, the composition represents a city visible from outer space. 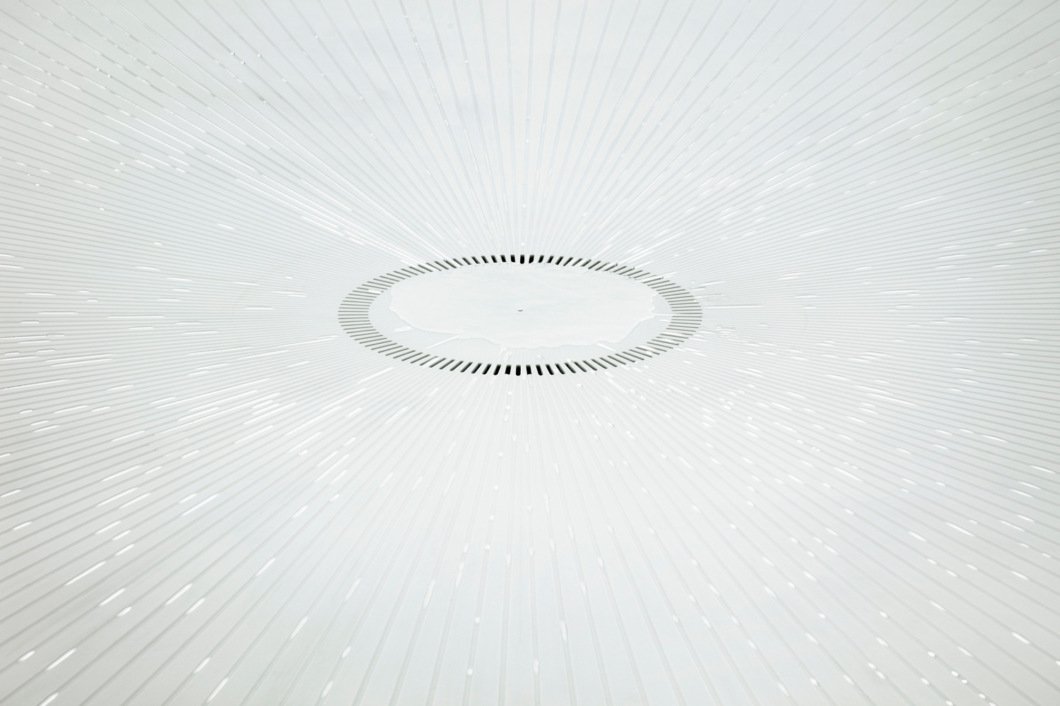 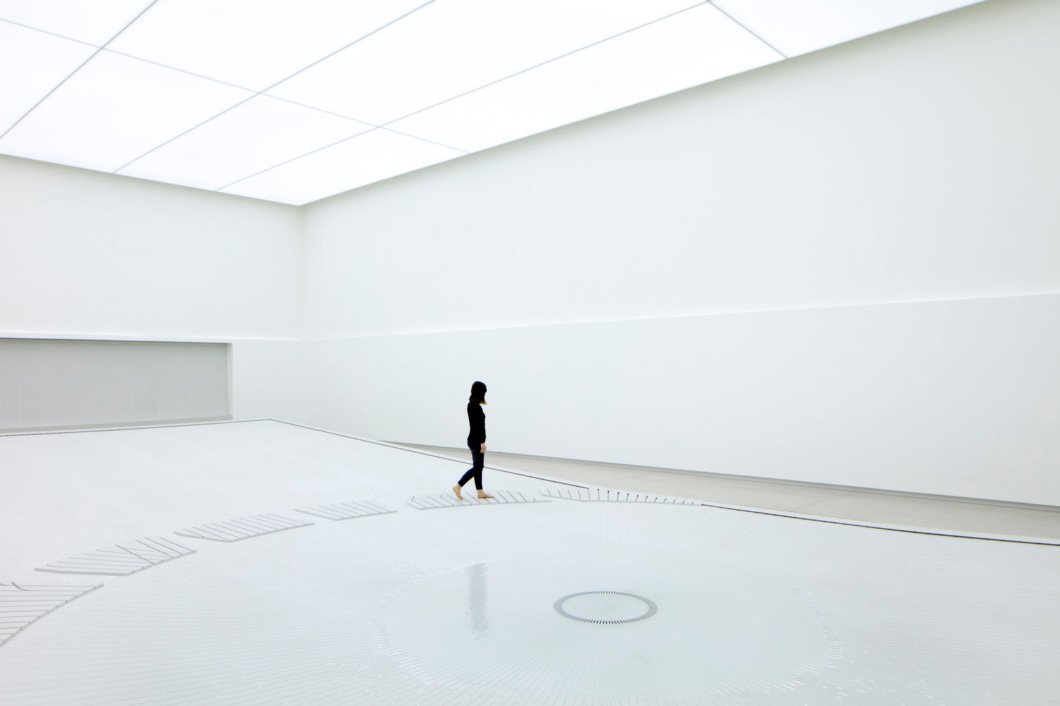 The pavilion was commissioned by Hyundai Motor, this is part of the project to improve people’s mobility. The second project Hyundai – a car on hydrogen fuel cells, both ideas reflect a successful future. The black facade of the building embodies the breadth of the universe, and the water installation – hydrogen molecules that collide with each other, like in the company’s new car.

“Visitors to the pavilion, getting inside the building, will be surprised by the bright and bright space, as well as the installation located in its center. As soon as your eyes get used to the bright room, you can feel for a moment that the channels that run along the channels have much in common with the stars, “Khan says.

“I wanted to move from space measurements to the size of water droplets in a few steps. Drops contain the same hydrogen as the stars, since the very beginning of the universe. ”

The pavilion has already opened for all those wishing to visit it.