In space, the aging process stops 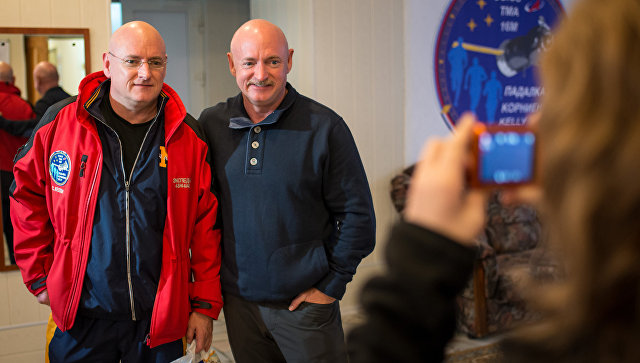 Scientists from NASA summed up the first results of the experiment on observation of health Scott Kelly, who has lived aboard the ISS for over a year, and his brother, Mark Kelly, who lived at that time in similar conditions on Earth.

“Telomeres Scott Kelly began to lengthen in space, which may be associated with reduced food intake and increased physical activity level on Board the ISS. But when he returned to Earth, telomeres again began to decline. Interestingly, in November telomeres and Scott and Mark are greatly reduced, which may be due to some disturbing event in their family life”, — said the representative of NASA, quoted in Space.com.

Telomeres constitute the end portions of chromosomes, protecting them from damage, and throughout a person’s life, they gradually grow shorter. The shortening of telomeres to a certain critical point takes the cell in the “mode age”, turn it off from your body.

In other words, you can say that life in space for some not yet known reasons leads to the fact that the process of cell aging or stops completely, or even reversed.

Scott Kelly and mark Kelly, told NASA was involved in a curious experiment, in which doctors of the American space Agency was trying to assess how life in orbit affects human health. Scott and mark are identical twins and their lives proceeded in a similar way – both of them are astronauts, allowing scientists to solve this task the most stringent way.

Taking blood samples and other tissues before and after the annual “business trip” to ISS, NASA’s medics have compared them, and identified several other interesting changes, in addition to lengthening telomeres, which are called life in space.
For example, long-term life in space, as scientists had suspected, leads to a slowdown in the formation of bones and causes adverse changes in the speed and accuracy of the memory. He and the other negative factor, as emphasized in NASA, was not big enough to cause serious problems to human health when traveling to the moon or to Mars.

Another interesting observation was the discovery that life in space can increase inflammation, increasing the fat levels and hormones in the body, and the composition of the microflora in the gut of Scott Kelly, markedly changed during the lifetime in orbit. After he returned to Earth, and both returned to normal.

What is even more interesting, identical twins were not completely identical from the genetic point of view – decoding their DNA and RNA showed that more than 200 thousand signal RNAS that regulate various genes contained in the cells of Scott and Mark in different quantities. These differences, as scholars have noted, could be caused by either newly acquired mutations or by the fact of falling into space. What gave rise to them, the biologists promised to learn in the subsequent analysis of the samples.

According to NASA, final report on the health of twins Kelly will be published in the second half of the year in one of the most prestigious scientific journals. These data and the publication, as the researchers hope, will help NASA and all the Earth as a whole to prepare for the journey to Mars and other planets.