In Spain, they are going to receive biofuel from wastewater 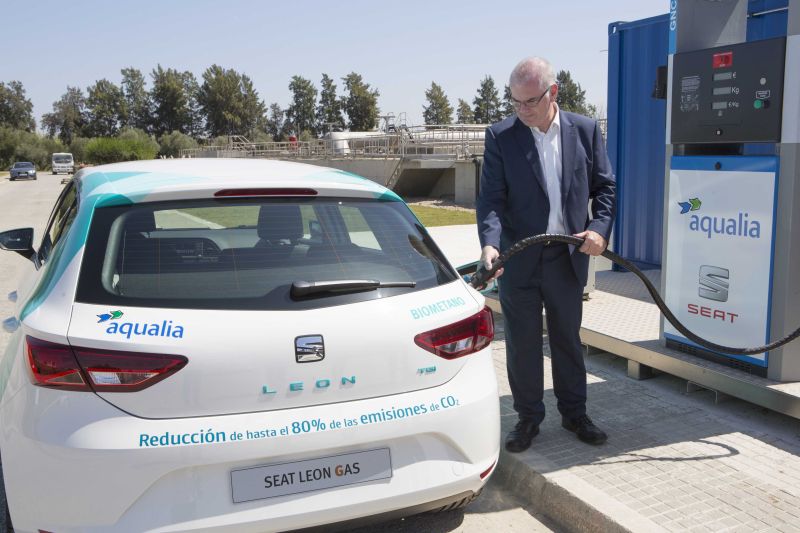 The water company and the car manufacturer, as a rule, can not have anything in common, but two such companies from Spain have teamed up to create biofuel from wastewater. Aqualia and SEAT began work on the Life Metha-morphosis project aimed at creating biofuel from waste organic waste, which will then be used to produce cars using compressed natural gas. At the same time, carbon dioxide emissions by such machines will be reduced by more than 80 percent.

The project is built around the production of biomethane – a relatively new type of biofuel, which is already used in the electricity supply of houses, buses, trucks and ships. Life Metha-morphosis, like several other projects, aims to produce biomethane using the bacteria necessary for the destruction of solid waste, in a process called anaerobic digestion.

To date, two different objects are being developed to demonstrate how to solve this problem. The UMBRELLA prototype installed in the treatment facilities serving Barcelona uses an anaerobic membrane bioreactor to separate the gas from solid waste. The second system, called Annamox ELAN, removes nitrogen from biogas, purifies it and converts it into compressed natural gas, which will then be used in vehicles. Companies also state that the water produced by this technology is cleaner than that normally received from treatment facilities and nitrogen removed from gas can also be disposed of.

According to the project, a standard plant can process about 10,000 cubic meters of sewage per day, which in turn will create about 1000 cubic meters of biomethane. This fuel will be enough for 100 km of the way for each of 150 cars.