In Spain, we found algae that can live on Mars 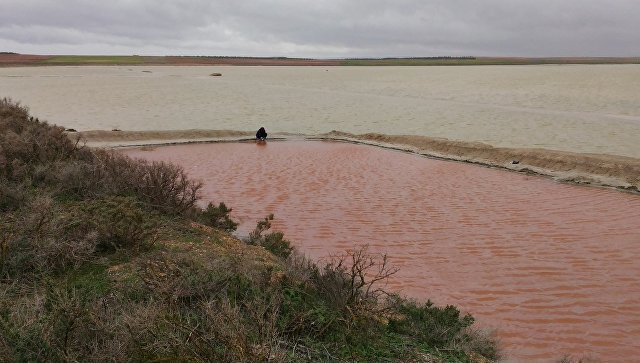 Biologists found in one of the saline lakes of Spain an extremely unusual algae capable of living in a dense “brine” of Martian streams and underground moisture reserves. They told about this opening at the conference of the European Planetary Community, which is taking place this week in Berlin.

“The ability of these extremist microbes to survive on Earth in the same conditions that now reign on Mars suggests that they could thrive on the red planet, which in turn indicates the need for additional protection of Mars from” guests “from the Earth, and allows us to reflect on the terraforming of Mars with similar algae,” said Felipe Gomez of the Spanish Astrobiological Center in Madrid.

Gomez and his colleagues have been studying the most “alien” corners of the Earth for several years, such as the Danakil hollow in Ethiopia, hoping to find microbes and multicellular creatures that can live and thrive on Mars, as well as in the oceans of Europe and Enceladus.

Gomez and his colleague Rebecca Thombre of the College of Science, Arts and Business in Pune, India, have made an extremely interesting discovery, studying the flora and fauna of Lake Tires, located on the plains of La Mancha in central Spain.

This pond, as noted by scientists, is divided into several weakly communicating parts, some of which are saturated with a large amount of salt and sulfur compounds. Such exotic conditions attract many extremophile microbes, whose colonies stain the water of Tires in an exotic reddish-yellow color.

Studying their species and genetic diversity, Tombre and Gomez came across the first representative of the plant world, able to live on Mars and withstand extremely high concentrations of salt in the water. The new alga was called Dunaliella salina EP-1.

“This subspecies of dunalliels is one of the most unstable extremophiles on Earth, as a rule, microbes can not live in saline reservoirs because the water begins to” drain “from their cells.The inhabitant of this lake bypasses this problem by producing glycerol and other molecules, which create an analogue of a high concentration of salt inside the cell, which prevents the escape of moisture, “- explains Tombre.

In addition to dunalliella, the scientists found another potential “colonizer” of Mars in the waters of Tirez – the microbe Halomonas gomseomensis, also capable of carrying large concentrations of salt. Both of them, as Gomez and Tombre note, can be used not only for terraforming Mars, but also as components of various biotechnological installations on the Earth.