In Sweden have created a super-car 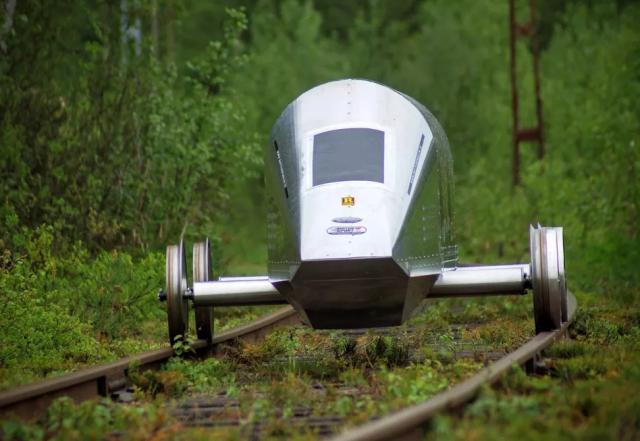 A group of students from a Swedish University has developed Dalarna moving on rails vehicle that has established a record of effectiveness.

The car has received the name Eximus 1. She took part in the contest Delsbo Electric. Under the terms of the competition, the involved vehicles must operate on batteries, reports Gizmag. The winner is the team whose car will spend less energy. The vehicle was supposed to carry one to six passengers weighing on average 50 kg. Machine should be equipped with a brake.

Eximus 1 created mostly from aluminum. Its weight was about 100 kg. Length – 5,5 m 1 Eximus has four 12-volt batteries and an electric motor power of 500 watts.

Participating in the competition, vehicles had to pass a 3.36-mile stretch of railway between Fedexforum and Delsbo in Sweden. The elevation was about 3 meters.

To overcome the way Eximus 1 spent about 20 minutes. However, the machine flipped your engine only in total for about 110 seconds. All the while, she passively rolled. In the end, the Eximus 1 spent only 0.84 W-h per kilometer per passenger, which, according to organizers Delsbo Electric, is a world record.