In Sweden, in the center of the city found the ship of the XIII century 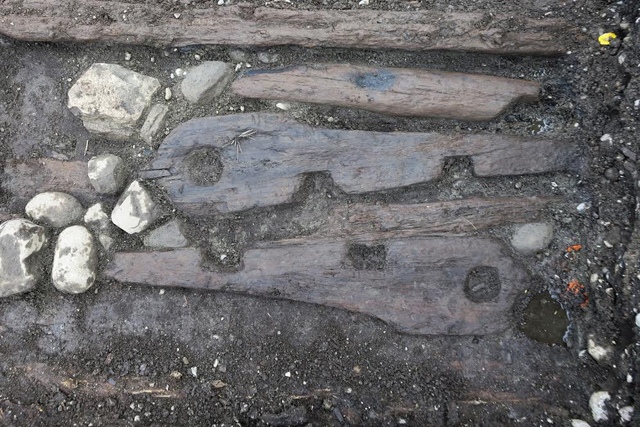 A team of archaeologists during excavations in the center of the Swedish city of Jonkoping found wooden remains of a merchant ship built in the 13th century.

According to The Local, the excavations began last year. Until the 14th century, Jönköping was an important trading center. However, it lost its importance after the plague epidemic. In the Middle Ages, it was closer to the coastline than today. Therefore, the pier was located where the city center is now located. 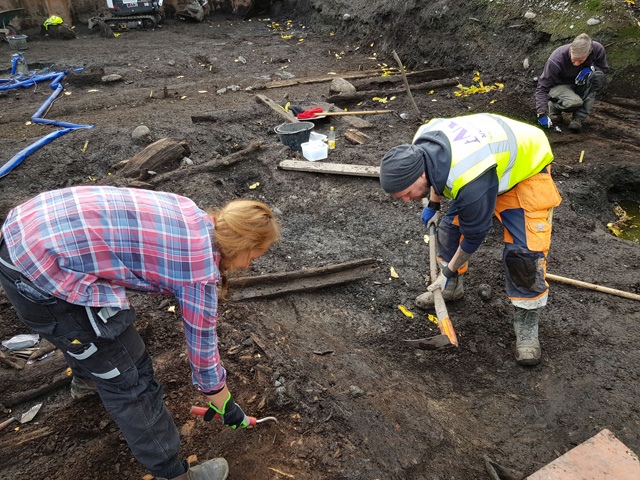 It was there that archaeologists discovered the well-preserved wooden parts of the vessel, dated to the XIII century. In particular, a mounted steering paddle was found. Fragments of German and Danish ceramics were also found. Perhaps it was a product brought to Sweden on the same ship. 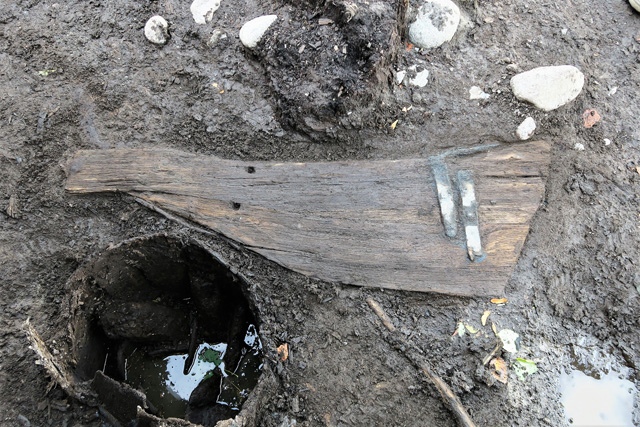 In addition, archaeologists unearthed artifacts from earlier and later periods. For example, traces of cultivation of plants belonging to the XII century, as well as the ruins of houses of the XVI century