In Sweden, there are more people with implanted microchips 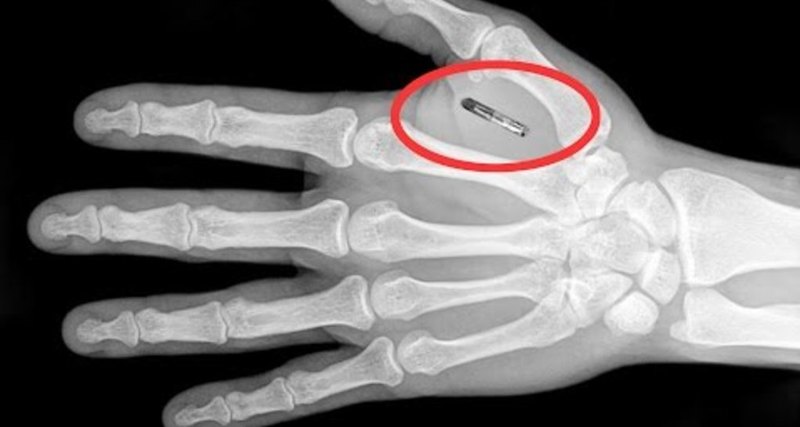 A purse is a piece uncomfortable, a card can get lost, keys can be forgotten somewhere. But money, keys and omissions can be coded onto a chip, and it can be implanted under the skin. As they do in Sweden.

In Sweden, about 3000 people have implanted a microchip under their skin, with which they ride in the metro, pay in the store and open their own cars.

The chip itself acts as a digital keychain with proximity contactless communication. It’s a way to send wireless information from a passive chip to a reader, but only when there is only about 4 cm between them. With the help of a chip, you can go to the gym, open the door of a car or office and pay as on a card. Over time and the development of technology such a chip will be able to do more and more.

The technology itself is far from new, it has come into use since 2015, about the same chips veterinarians already implant cats and dogs, so that the owners could everywhere find them. But earlier such chips were the lot of biohackers, now it’s a part of everyday life. Moreover, since June 2017 in Sweden it is possible, for example, to buy tickets with the help of such chips, so they became common, and just reach out for a phone or a printed ticket.

True, this technology has an obvious side effect. Any corporation can easily use the information from the chip: to track where you are, how long to eat, how often to go to the toilet, it is only necessary to scan the chip. And since such technology is offered by corporations, and so far it is not properly regulated, sooner or later this, of course, will happen. But to refuse such information gathering is rather difficult. You can leave your wallet at home, do not use the card (although even this is difficult now), but the removal of the microchip will require a little more effort. In addition, while such chips are very easy to crack.