In Switzerland, they will gather the most complete skeleton of megalodon 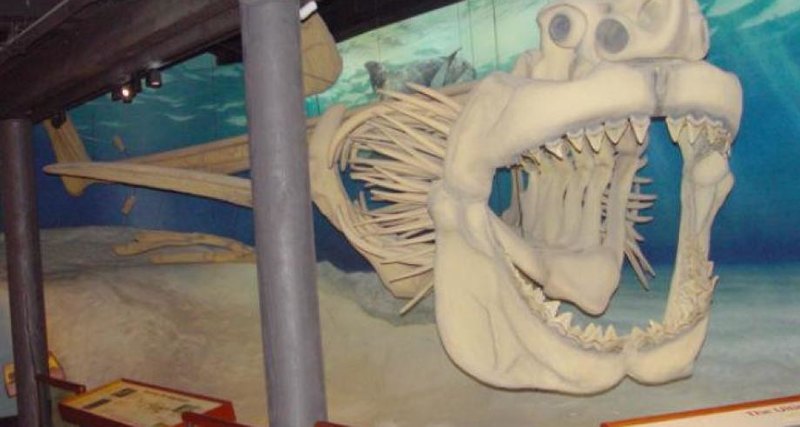 The exhibition “Sharks of prehistoric times” opens in the Museum of Dinosaurs in the city of Aatal (Switzerland) in the canton of Zurich. As reported by the newspaper Lucerne Zeitung, the exposition presents the most complete of all existing skeletons of megalodone in the world – a giant extinct shark of the Miocene and Pliocene epoch.

According to the founder and director of the museum, Hans-Jacob Sieber, fossil remains of sharks are very rare. The reason is that these animals belong to the class of cartilaginous fish, and the cartilage after the death of the organism is very quickly destroyed. Therefore, the skeletons of these fish rarely turn into fossils.

A fragment of the megalodon skeleton about 4.5 m long was specially delivered to Switzerland from Peru and is a real sensation, Sieber said. “We wanted to organize a better exhibition about fossil sharks, and I think we succeeded,” he said. The exhibition is also formed about two dozen rarities, revealing the evolutionary path of sharks.

Megalodon, extinct about 2 million years ago, is considered the largest shark ever inhabiting the world’s oceans. He reached 15-18 meters in length, and in his mouth could fit a car “Smart”. The largest of the existing marine creatures in modern nature – white sharks – reach a length of 6-8 m.