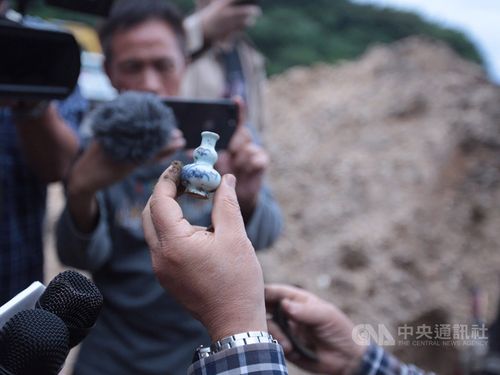 Built in the 17th century by the Spaniards, the fort was discovered by archeologists in northern Taiwan.

In the city of Jilong, the Spanish-Taiwanese expedition found the fort of San Salvador. It was built during the Spanish occupation of Taiwan in 1626–1642.

Researchers have discovered both Neolithic artifacts: bones, shells, and later. The attention of archaeologists was most attracted by the porcelain bubble of the Qing dynasty, which was intended for medicines.

In connection with the excavations, the previously planned construction of public parking lots has been discontinued, said Mayor of Jilong Lin Yu-chan. He noted that these archaeological sites are very significant.

“This is a really exciting moment in the history of Jilong,” concluded the mayor of Jilong.

In 1626, Spain sent a fleet of warships from Manila to northern Taiwan and established a small colony called Spanish Formosa.

Fort San Salvador was built there to balance the Dutch authorities in southern Taiwan and protect Spain’s interests in the shipping route between the Chinese province of Fujian and Manila in the Philippines.

However, in 1642, after several years of battles, the fort was transferred to the Dutch.