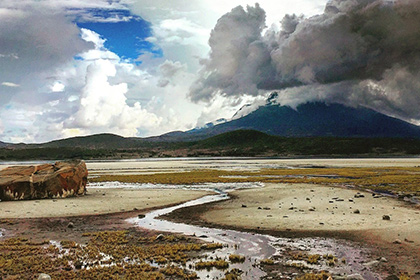 Geochemists from the UK and Norway found beneath the East African rift valley in Tanzania’s vast reserves of helium. In an underground mine is 1.5 billion cubic meters of this substance.

To detect helium, scientists were able with the help of specially developed technique of searching. This gas rises to the surface of the Earth from its interior through volcanic activity. The scientists ‘ tasks is to determine the optimal distance from the volcanoes underground reservoirs, where the helium is not mixed with other gases (presented in the most pure form).

Previously, helium was found as a by-product of exploration and development of oil and gas fields. Liquid helium is mainly used for cooling superconducting magnets, particularly to magnetic resonance imaging and at the Large hadron Collider.

The annual consumption of helium is estimated at 220 million cubic meters. The world’s largest supplier is the United States, where proven reserves of this substance amount to 4.3 billion cubic meters and are rapidly declining.