In Tatarstan has created an emotional robot

Specialists of the laboratory of cognitive robotics from the University Innopolis made an emotional robot. Gagarin — so they called his brainchild — the ability to recognize the emotions of the interlocutor and play them independently. Even the robot says in Russian, recognizes objects and can hold a conversation on certain topics.

“Gagarin” can you tell me about the space, at the request of a person to identify a certain object or to guess, what feelings does the source. Among the known emotions, there is anger, joy, fear, surprise, disgust and sadness. His face is very similar to human. So that he could hear the other person and communicate, it is equipped with speakers and microphone, built-in eye camera, and the emotions he expresses with thirty gears hidden under the rubber skin.

So far, the robot is ready only partially — now it’s a talking and very emotional head, but employees of Innopolis plan to collect the whole robot. They, according to preliminary calculations, may need up to 50 thousand dollars. 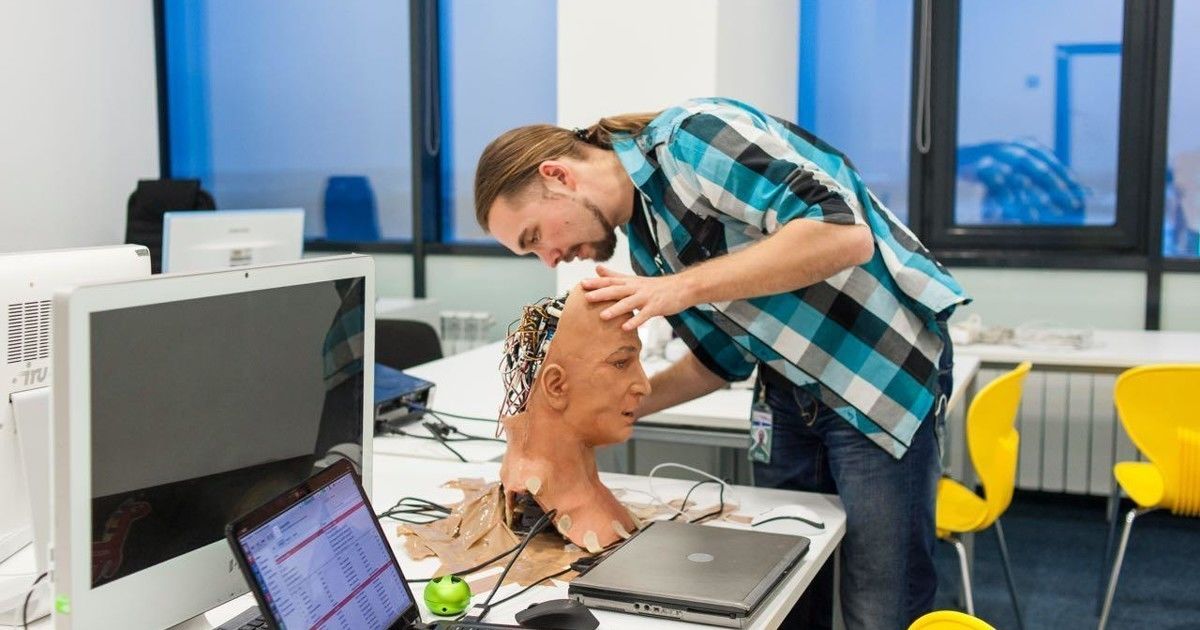 The creators of the robot believe that the emotional Android would be a good guide, consultant or employee, about freeing people from boring and routine work, allowing them to engage in more creative professions.

Innopolis — the city of high technologies, located in the Republic of Tatarstan.