In Tehuakan found the temple of the god, for whose glory people were skinned from people 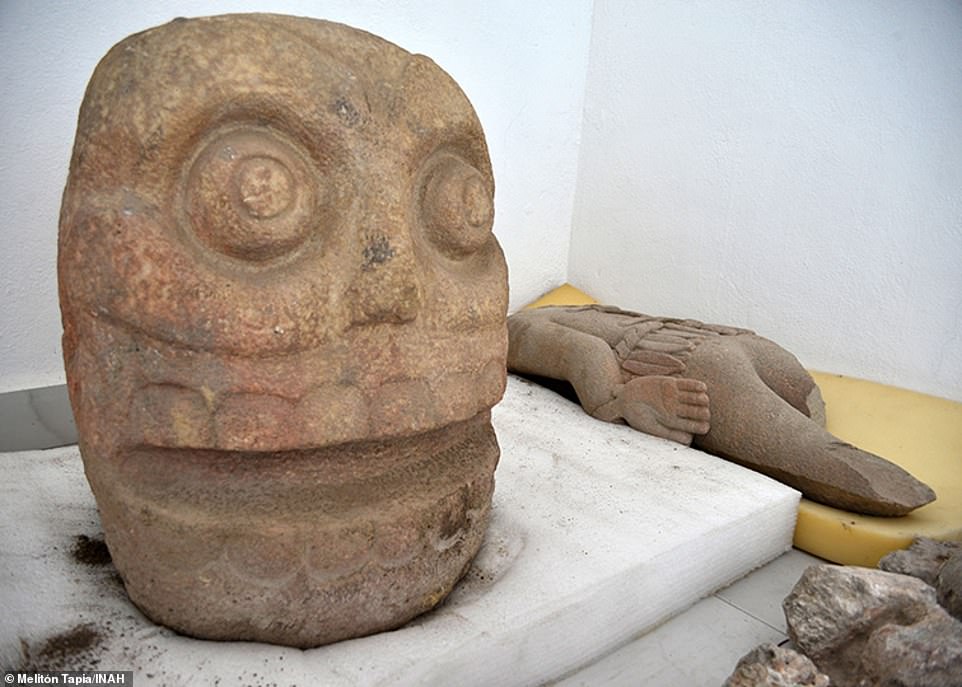 In the Mexican Tehuacan, a temple dedicated to the god Xipe-Totek was first discovered. In honor of this deity, the victims were flayed, put on their skin, and then burned.

Archaeologists have discovered in Mexico, the first temple of the pre-Hispanic deity Xipe-Totek – the god of fertility and war, who was worshiped by stripping the skin of captives and sacrificing them.

According to the National Institute of Anthropology and History of Mexico, the data indicates that the priests carried out ritual sacrifices on one of the two round altars in the temple, flayed them on the other, and then put on their skin.

Historians have long known that Xipe Totec (“skinned god”) was worshiped by many nations from lands known today as central and western Mexico and the Gulf Coast. However, only now scientists were able to find a temple dedicated to this god.

Among the artifacts found at the site in Tehuacan are three stone sculptures of Xipe-Totek: two skinned heads and a torso, on the back of which are engraved sacrificial leather worn by a deity.

“Speaking in the language of sculpture, this is an excellent example. The size of the statue is about 80 centimeters in height, and in the stomach there is a hole into which, according to historical sources, a green stone was inserted to “revitalize” the ceremonies, ”explains leading archaeologist Noemi Castillo Tehero.

The skulls are about 70 centimeters high and weigh 200 pounds each.

The temple was used starting around 1000 and 1260 years (AD). The Spanish conquest of Mexico began in 1519 with the arrival of conquistador Fernando Cortes.

The institute claimed that Xipe Totec was one of the most important gods in pre-Hispanic Mexico, who was worshiped in the Tlakasipewualisti ceremony, which in the local language Nahuatl means to wear skinned skin.

Ritual victims were killed either in the process of gladiatorial fights, or with arrows, and then they were dressed for the glory of Shepe-Totek. Then their skin was burned at the foot of the altars. According to the institute, two holes filled with earth were found in front of the altars in Tehuacan.