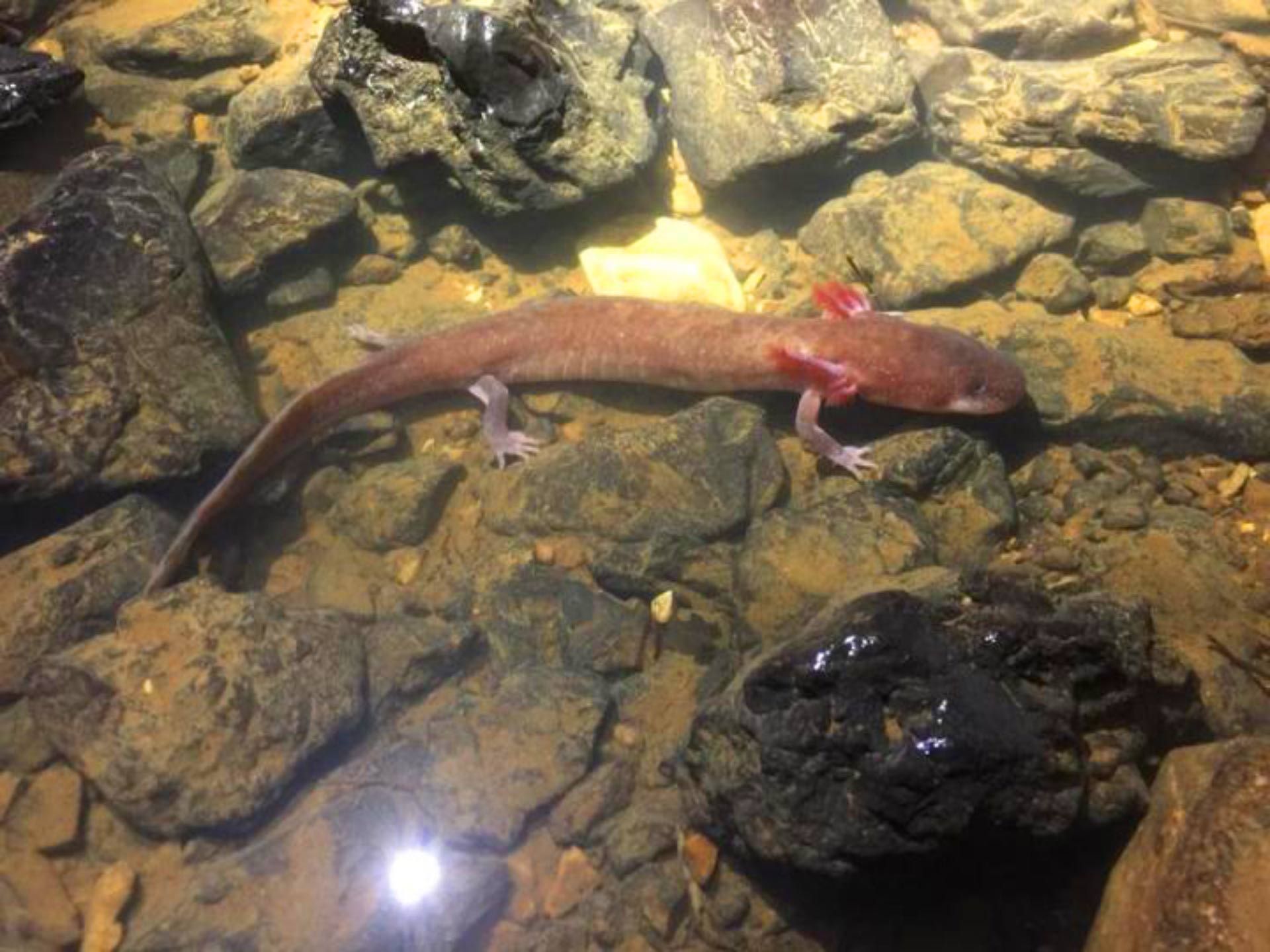 A team of scientists discovered the largest representative of cave salamanders in North America – an individual of the species Gyrinophilus gulolineatus, 23.8 centimeters long.

Salamanders of the species Gyrinophilus gulolineatus were found only at 10 points in the clinch and tennessee basins in the Appalachian karst region in eastern Tennessee. The largest known specimen up to this point was a salamander with a body length of 13.6 centimeters. The study is described in a Subterranean Biology journal article.

The specimen, which was found by scientists, was caught in a typical terrain for animals – in the Berry cave of Roan district. The body length of a salamander is 14.5 centimeters, and its total length is as much as 23.8 centimeters with a weight of 35 grams.

The tail of the amphibian was slightly damaged, which is why the researchers suggested that the original size of the salamander was 25.4 centimeters.

“It is the largest member of the Gyrinophilus species, a record size among all cave salamanders, also the largest salamander in the Plethodontidae family in the United States of America,” said Nicholas Gladstone, a graduate of the University of Tennessee.

After the discovery, scientists will have to reconsider the growth limits of these animals in harsh conditions, as well as the extent to which the conditions in the ground are actually favorable.

“Salamanders are one of only two groups of vertebrates that successfully colonized caves. The other group is fish, ”explains Gladstone.

In 2003, the salamander Gyrinophilus gulolineatus was included in the list of the US Fish and Wildlife Service.

“We hope that this study stimulates additional efforts to preserve this rare and vulnerable species,” says Gladstone.