In the 7th century BC. e. there was a complex education system 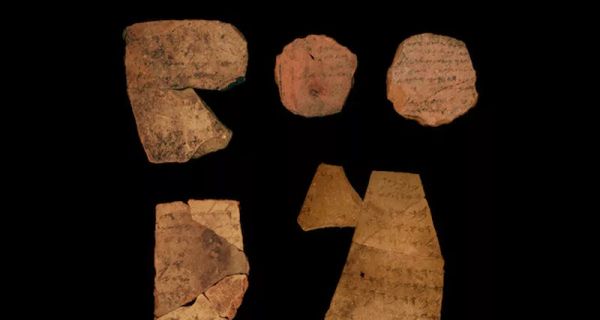 A combined analysis of 2,500-year-old pottery shards showed that literacy was widespread in the Kingdom of Judah as early as the 7th century BC.

This is the first study to combine the efforts of humans and artificial intelligence algorithms in the forensic examination of documents. The new work was published by scientists from Tel Aviv University in the journal PLOS One.

Approximately 100 ceramic shards with inscriptions were discovered back in the 1960s during excavations of a small remote military fortress in Tel Arad. The shards were used for daily correspondence between the military and were mainly addressed to one man named Elyashev, who is believed to be the quartermaster of the fortress.

Although the cache has been well studied by scientists since its discovery, in 2017 new multispectral imaging techniques revealed additional ancient Paleo-Hebrew writing on previously “blank” shards.

The main research question that scientists have been pursuing in deciphering new finds has been associated with a long-standing controversy about when the Bible was written. After the Babylonian conquest in 586 BC, written texts became very scarce, leading many scholars to wonder if literacy was actually widespread enough at the time to allow people to compose highly stylized sacred texts. The found clay shards date back to the same time period as the Babylonian conquest, so their deciphering could point the researchers to the answer.

In the course of the study, computer algorithms were able to identify five authors. Gerber agreed with them in each case. However, forensic handwriting examination revealed as many as 12 authors. This result (12 authors per 18 texts) speaks of a very high level of literacy of the Jewish officer corps. And this in turn indicates a high density of competent officers per capita.

“The officers, quartermaster and his deputy were literate. Someone had to teach them to read and write, so we assume the existence of an appropriate educational system in those days, “- summarize the authors of the study.