In the African desert found the ruins of a mysterious temple 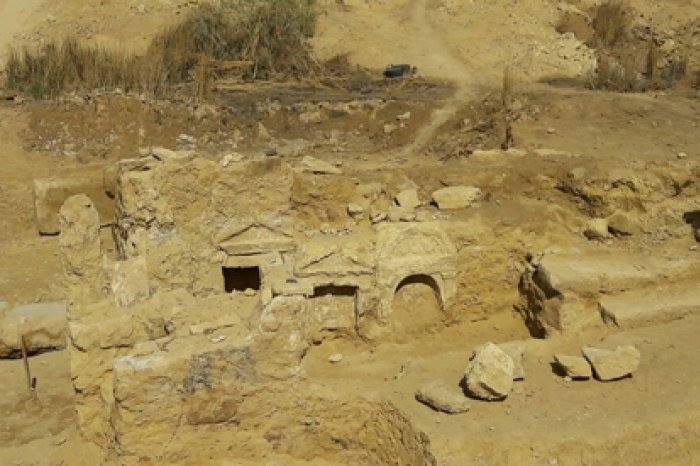 Egyptian archaeologists have discovered the ruins of a Greco-Roman temple in the Libyan desert, about 300 kilometers south of the Mediterranean coast. The specialists found the front of the building, the entrance, part of the front yard and the remains of the basement.

During the excavations, ancient artifacts were discovered: ceramic vessels, coins, fragments depicting male sculptures, calcareous lion statues and pillars. The architectural elements were decorated with drawings and bas-reliefs with Greco-Roman motifs, in particular, ionics – ornaments from egg-shaped forms, separated by “arrows”. The temple itself dates from the year 200 BC to 300 AD.

According to scientists, the discovery will allow to learn more about the development of culture in the oasis of Siva, which is located 50 kilometers from the site of excavations and 560 kilometers from Cairo. Oasis is an isolated human settlement, in which currently live 23 thousand people. It is believed that people have lived here for 12 thousand years, but the first mention dates back to the reign of the Third Transitional Period in the history of Egypt (1075-656 BC).

Since temples usually became centers of settlements, archaeologists believe that further excavations will allow finding priests’ homes and find out why the temple was built in Greco-Roman style. During the Hellenistic and Roman cultures, people usually built temples, traditional for Ancient Egypt.