In the Amazon, a new species is found every two days 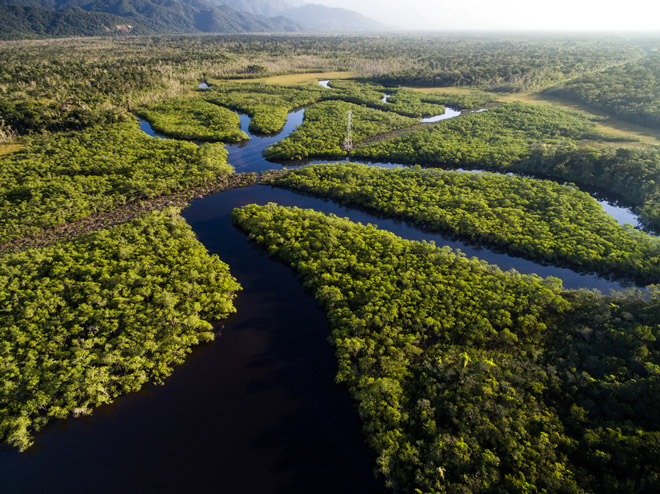 The Brazilian Amazon is so full of life that on average researchers find there a new kind of plant or animal every other day.

This was the conclusion of a biennial review of newly discovered species that was conducted by the World Wildlife Fund and the environmental group in Mamiraw in Brazil. The organizations considered new species of vertebrates and plants reported from the Amazon in 2014 and 2015. They used only peer-reviewed journals, which means that statements about the discovery of any new species were supported by other researchers.

The discovery of such a large number of species in the Amazon is not surprising in itself. The region is huge, its area is 10 million square meters. km and there are already 10% of the world’s known plants and animals.

What surprised experts is the number of large mammals and reptiles that managed to go unnoticed for so long, says biologist Pablo Nassar.

The most surprising findings are the monkey taiga-zog, found in 2015, and the river dolphin, which was discovered in 2014.

The report notes, however, that the accelerated rate of habitat destruction in the region can push many of these species to extinction before scientists have a chance to study them. The International Union for Conservation of Nature has already identified some recently discovered plant and animal species as endangered or endangered.

The species found in the southern and eastern parts of the Amazon are under the greatest threat, says Nassar, as infrastructure development there is at the fastest pace.

On August 24, the Brazilian government approved a controversial plan that allowed the extraction of gold and minerals in a protected region the size of Switzerland.

A group of scientists in Mamiyawah plans to continue to search for new plants and animals, especially along the rivers of the region. Some parts of the far north and west of the Amazon have never been investigated, and Nassar suspects that they will find many more new species there.