In the American forest, a faceless toad is found 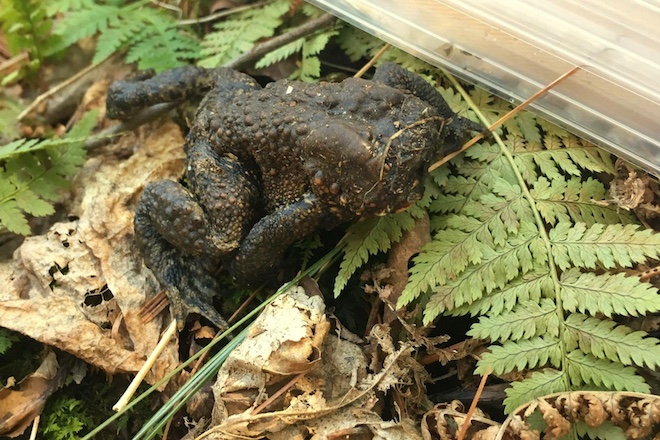 When a group of researchers collected information about the salamanders in the forest of the American state of Connecticut, their attention was attracted by a toad that jumped under their feet. Looking closely at the amphibian, herpetologist Jill Fleming and her colleagues were amazed to find that the animal’s eyes, nose, jaw and tongue were completely missing.

How it happened that the toad was left without a face is a mystery, although there are several possible explanations. “My initial thought was that the toad during hibernation was attacked by one of the natural predators, such as a snake or a mink. For some reason, the predator did not finish the job, and she was able to return to life on that spring day, because the amphibians are incredibly stable, “said Fleming.

According to other herpetologists, this may be the result of parasite exposure, but Fleming considers this less likely. “I believe that the injury was caused during hibernation, because she seems to have been healed, and I do not think she had the opportunity to go beyond the winter shelter.”

Amphibians, such as the American toad, are cold-blooded and in need of hibernation to survive during the winter. American toads use their digging skills to burrow into the ground below freezing, and their bodies produce ice crystals that slow their heart and stop breathing until the temperature rises again.

“Turtles sometimes come out of hibernation with such injuries as a missing limb. Their hard shell protects their vital organs, but during this period they are particularly vulnerable. But I’ve never seen such a massive head injury, “Fleming noted.

Scientists believe that the state of a toad is not comparable to life: without a face, it can not consume food and will be an easy prey for predators.