In the Andes, found a huge magma dome 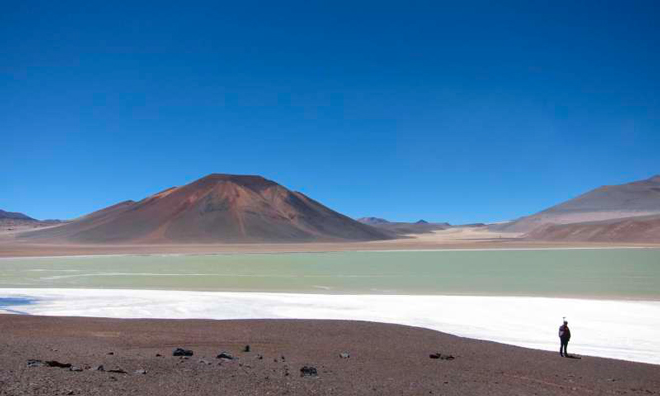 Analysis of the topography in the Central Andes showed that raising the second-largest continental plateau on the planet was partially caused by a huge area of molten rock in the earth’s crust, known as the magmatic body.

The Altiplano-puna high, dry region in the Central Andes, which includes parts of Argentina, Bolivia and Chile, with vast plains, interrupted by spectacular volcanoes. In a study published in the October 25 edition of Nature Communications, to explore the object was used remote sensing data and topographic modelling methods.

The dome towers over the largest active magma body in the Earth and reaches about one kilometer in height and hundreds of miles in diameter. Its formation is due to thickening of the crust as a result of magma intrusion from below explains Noah Finnegan, University of California, Santa Cruz. Before, scientists did not have the quantitative characteristics of this area of the Andes. The raising of the dome is about one-fifth the height of the Central part of the mountain system.

Other forces uplifting the Andes mountains are of tectonic nature. The onset of the South American tectonic plate in the oceanic Nazca plate is formed subduction zone, which is the source of magma entering the crust and feed the volcanic activity in the region. Water released from subducting oceanic plate, changes the melting point of the overlying rocks of the mantle, from which it melts and rises above the plate.

The researchers worked with researchers at the University of Arizona, who used seismic images, and reported the size and scale of a magmatic body of the Altiplano-puna in the article, published in 2014. This study found a huge area of melted material with a thickness of about 11 kilometers and 200 kilometers in diameter, much larger than previous estimates.

According to the authors, people knew about the magmatic body, but no quantitative data. A new study shows a close spatial connection between this magmatic body and dome km altitude.

The growth of the crust under the Altiplano-puna, driven by magma intrusion from below is a fundamental process in the construction of continents. These large magmatic systems formed during the periods called igneous outbreaks, when a lot of melt accumulates in the cortex. A similar process 90 million years ago created the system of the Sierra Nevada, and now it can be observed in real time.