In the Arctic found lakes with unearthly conditions 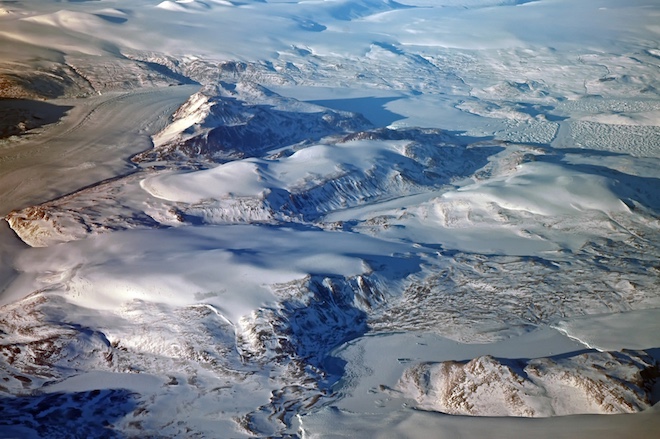 Scientists discovered two incredibly salty lakes under the ice of one of the islands of the Canadian Arctic archipelago. According to experts, these water basins at a depth of 750 meters below the Arctic ice can be home to tiny creatures that evolved in complete isolation for 120,000 years.

Discovered lakes can help in the study of extraterrestrial life, because under their conditions they are very similar to Europe – one of the moons of Jupiter.

The discovery was made by a graduate student at the University of Alberta Anya Rutischauser when she studied NASA radar data collected to study the depths under the icy hat of Devon Island. By sending electromagnetic waves through the ice and measuring them after returning, you can find out what is hidden beneath it.

“We were not looking for ice lakes. Under this part of the ice cap, the ice is frozen, and we did not expect to find liquid water. The radar data indicated the presence of water, but we did not think that under this ice, where the temperature was below -10 ° C, there was liquid water, “Ms. Rutischauser said.

The source of the lake salts, according to the researchers, is a saline rock that dissolves in water. A high level of salinity distinguishes these lakes among other subglacial lakes. If it turns out that microorganisms live in them, it will help scientists understand life outside of our planet.

“We believe that they can serve as an earth analogue of Europe, one of the icy moons of Jupiter, which also has salty liquid water under the ice cover. If there is a microbial life in these lakes, it probably was under the ice for at least 120,000 years. If we can take a sample, then we will determine how it develops in complete isolation in this cold environment without connection with the atmosphere, “the author explained.

Although this discovery is the first of its kind, scientists suggest that there may be a whole network of salt lakes in the Canadian Arctic.