In the Arctic melts “the last ice region” 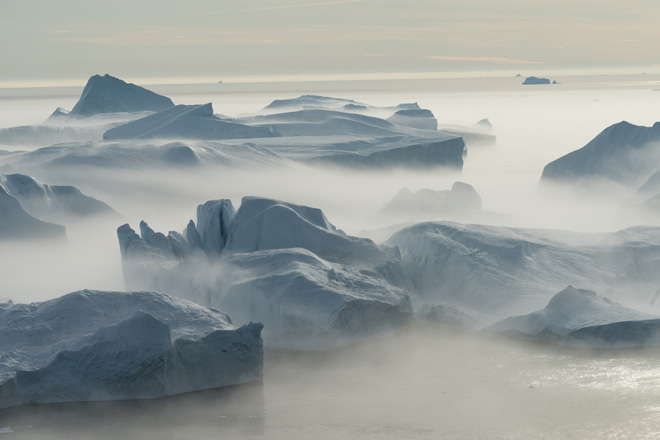 Sea ice to the north of Greenland is one of the oldest and thickest in the Arctic and is usually frozen all year round. Scientists believed that it would remain stable longer than ice in any other part of the Arctic. But this year the specialists observed with astonishment and anxiety kilometers of open water.

The geography of the place is favorable for the formation of pack, or perennial ice. The trend was so steady that this area was called “the last ice region”, reports The Guardian.

“It was an area that was seen as the last bastion. Scientists believed that as the Arctic melting increases, this area will remain stable longer than others, “said Wint Meyer, a researcher at the National Snow and Ice Data Center of the United States.

Thawing occurred twice this year – the first time in February and then in August. Winds and unusually warm weather drove the ice from the coast of Greenland further than ever since the beginning of satellite observations in the 1970s.

As reported by CNN, ice is destroyed opposite the coast of Greenland. The mountains of debris at times reach a 20-meter height.

Thomas Lavern, a scientist from the Norwegian Meteorological Institute, noted that open water is still there and spreads to the west. His colleague called it horrible.

Unusual melting is another example of the trend of ice loss in Greenland: between 1995 and 2017, about 4,000 gigatons were lost. According to scientists, the sunny summer days contributed to the melting, which led to a rise in sea level around the world.