In the Arctic Ocean found a “thermal bomb” 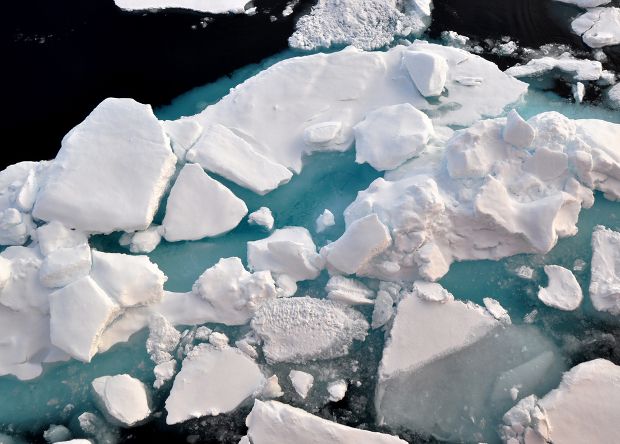 Climatologists have found that a large amount of warm water accumulates in the lower layers of the water in the Canadian basin (western part of the Arctic Ocean). As reported in the journal Science Advances, its source is the surface waters of the Chukchi Sea, which have heated up strongly in recent years. If warm waters reach the surface, they can melt the ice that covers this region most of the year.

One of the obvious consequences of global warming is the melting of polar ice sheets and an increase in the average level of the world’s oceans. One of the most vulnerable regions is the Arctic: in its Russian part, glacier melting has accelerated by about half in the last decade. The mass of water from melted ice reached 4.4 billion tons, while up to 2010, about 2.2 billion tons of water fell into the ocean. This situation worries scientists, since it affects the climate of the planet, the inhabitants of the polar regions and man.

A group of researchers led by Mary-Louise Timmermans from Yale University analyzed how the situation in the Canadian basin, which is located in the interior of the Arctic Ocean, has changed. It has a noticeable vertical salinity gradient: near the surface are relatively fresh and cold layers (their temperature varies depending on the season), and below them – denser salty and warm waters. It is believed that the source of water in the lower layer is the Pacific Ocean, the waters of which go to the basin through the Chukchi Sea and coastal Alaska. Past work showed that the temperature of the warm component increased markedly between 2003 and 2013. Now the researchers decided to extend the time frame of the analysis and see how it has changed over the past 20 years (from 1987 to 2017)

To find out, the researchers used the data of the Ice-Tethered Profiler tool, which measures the change in water temperature at a depth of 750 meters, and the base of the World Ocean Database 2013. It turned out that during the period covered, the bottom layer of water in the Canadian basin almost doubled. In addition, the height of this warm layer increased by about 80 centimeters. 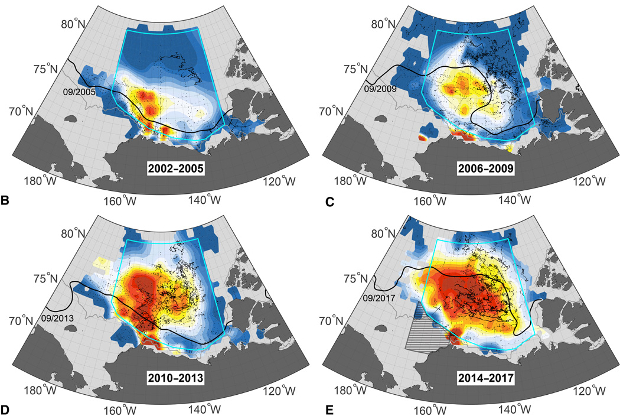 Illustration shows changes in the Canadian basin in 30 years

In addition, the researchers followed how the situation in the Chukchi Sea changed, which has a big impact on the warm water layer. It turned out that in the last 30 years it is experiencing anomalous heating. If earlier its surface was covered with glaciers, which reflected the sun’s rays, now they are melting, exposing an ever larger area for heating. Warm water then moves north following the Arctic winds – a phenomenon called the Beaufort circulation. Reaching the Canadian basin, warm streams drop lower.
The study shows that global warming threatens the Arctic not only by direct melting of ice along the edges of polar caps. According to climatologists, if the warm layer mixes with the upper, cooler layer, this will lead to a complete melting of the ice in the Canadian basin. According to a less negative forecast, the ice will be preserved, but will become much thinner. However, this will also have a negative impact on local ecosystems.

Recently, American climatologists have shown a warming relationship in the Arctic part with colder winters in Siberia. Responsible for this is the change in atmospheric circulation.