In the atmosphere of Moscow found new dangerous substances 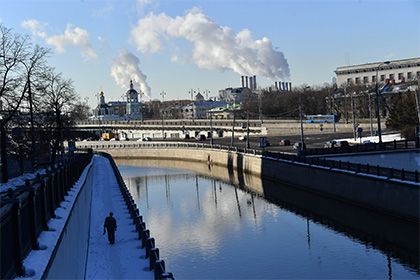 A group of scientists from the chemical faculty of Moscow State University named after MV Lomonosov. Lomonosov, in collaboration with scientists from the LECO corporation, developed a new method for assessing the state of the Moscow environment. It allows you to expand the list of dangerous substances for humans and nature.

The current method of checking the environment has its drawbacks, since in the course of this process, only 20 substances are determined by stationary laboratories. The main method used by MSU chemists in their study is gas chromatography in combination with mass spectrometry (GC-MS) or chromatography-mass spectrometry. In this way, they were able to identify new substances that pollute the environment.

The author of the study, Albert Lebedev, called the expansion of the list of identified substances the main result of the work, as well as the identification of new potentially dangerous for the environment and human health: “The composition of organic air pollution is unstable, therefore it is important to carry out regular monitoring in order to timely identify new threats for both the city’s ecosystem and And for the health of citizens “.

He added that monitoring should be carried out to obtain valid information about the water, soil and atmosphere of Moscow, as well as to identify the source of the hazardous substance before further cleaning of the territory.

All analyzes are carried out by scientists on specially collected samples of snow. It is noted that this method is applicable practically for the entire territory of Russia, since there is a climate with a pronounced change of seasons.