In the Bahamas found a silvery boa 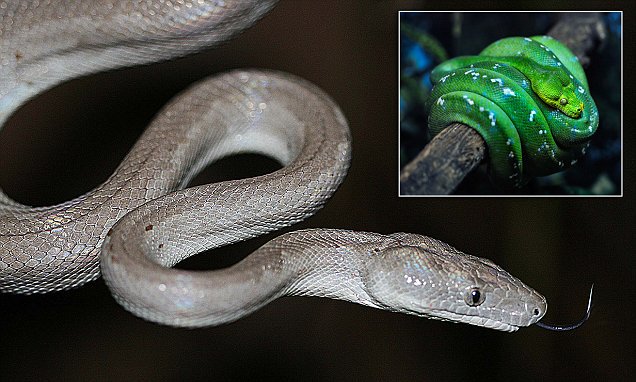 Biologists from Harvard University have discovered and described a new species Gladkochub Boas that live on the island of the Conception of the archipelago of the Bahamas.

View received the name Chilabothrus argentum, or silver boa in appearance and the tree on which it failed to detect silver Cocothrinax Palma argentata. This is the first appearance of boa operating in the Caribbean since the 1940-ies.

The first snake found Nick Herrmann, a Harvard graduate, participated in the expedition. Meter silver serpent climbed a palm tree off the coast of the island. When trying to identify the species, scientists have discovered that the animal has not been described. The same evening the expedition managed to find four individuals. Sixth serpent found himself at night, once out on the beach and being near the head of sleeping Graham Reynolds, leader of the expedition. Reynolds later found a further 14 individuals of this species.

The scientists collected tissue samples and described animals. So, based on the analysis of mitochondrial DNA, biologists found that the species separated about 2.7 million years ago, and identified its closest relatives. In the abstract of the article the authors point out that the discovery of a new species supports the theory that colonization of the Bahamas boa constrictors began in the late Pliocene — early Pleistocene from the island of Haiti.

According to estimates of biologists, discovered kind need to be made in the Red Book with the status CR — Tucson in critical condition. To save it, now apply the conservation measures by local organizations, in particular, a Bahamian National Park.

Herpetologist Robert Henderson, of the natural history Museum notes that new types of frogs and lizards opened with a certain degree of permanency. However, new types of snakes — especially Boas — a rarity.