In the Caribbean found psychedelic drawings of ancient Indians 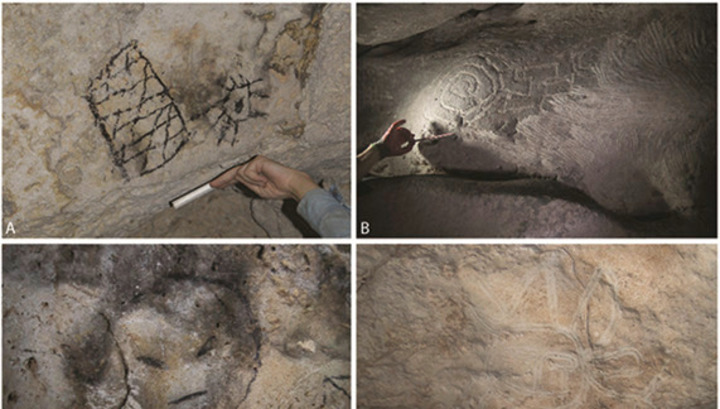 Deep in the caves on one of the Caribbean islands, archaeologists found psychedelic drawings, which, apparently, were made by the Indians, who inhabited this region before the conquest by the Spaniards.

As specified in an article published by the Journal of Archaeological Science, thousands of previously unidentified ancient drawings were discovered in 70 hard-to-reach caves on the island of Mona.

The colors with which the images were made were made from excrement of bats, sometimes wood tar was added in them, and some of the drawings were applied with charcoal.

Scientists believe that intricate geometric shapes and shapes, often flowing into each other geometric and anthropomorphic images, can talk about the use of their authors hallucinogenic substances, writes Gazeta.Ru.

With the help of radiocarbon dating, scientists have estimated the age of cave drawings. It turned out that all of them were created in the 14th-15th centuries, which corresponds to the era of the late development of the ceramic taino culture in Puerto Rico and in Hispaniola on both sides of the Mona Strait.