In the cave of Ethiopia, found the oldest “picture gallery” 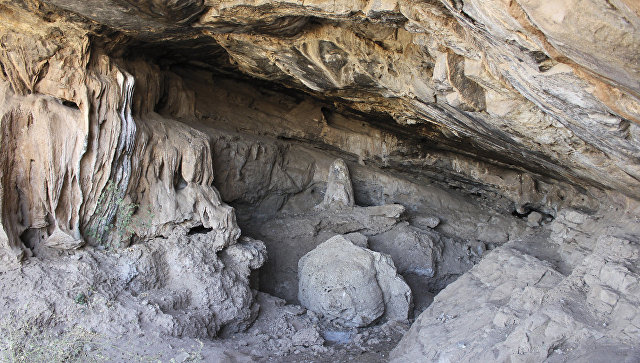 Anthropologists from Spain opened a kind of “picture gallery” in Ethiopia, where ancient people painted paintings and prepared colors for 4.5 thousand years, which makes it the oldest and longest “exhibition” in the history of the planet. Their findings were published in the journal PLoS One.

“Archaeologists who study Mesolithic cultures usually rely on differences in the design of tools for tracing the cultural connections and evolution of ancient societies.We have found that something similar happened in the manufacture of paints.” All the inhabitants of the cave made approximately the same ocher and used it, passing these Secrets from generation to generation, “- write Daniela Rosso (Daniela Rosso) from the University of Barcelona (Spain) and her colleagues.

Rock paintings and other displays of the fine arts of ancient people – “Paleolithic Venus” and other figurines – were previously considered an exceptional feature of our ancestors who penetrated into Europe about 45-40 thousand years ago. Later it turned out that Neanderthals were able to draw, and the most ancient drawings of people – images of pigs-babyruss and other animals – are not in Europe, but in Southeast Asia.

In fact, as paleontologists and anthropologists today believe, fine arts originated much earlier, at least 100,000 years ago, even before the exodus of a man from Africa, just drawings of those times did not live up to us because of the equatorial climate and their venerable age. For example, in 2011, scientists found a presumed “palette” – a mollusc shell covered with paint – and working tools of ancient artists of 100-150 thousand years old, excavating in the Blombos cave in South Africa. 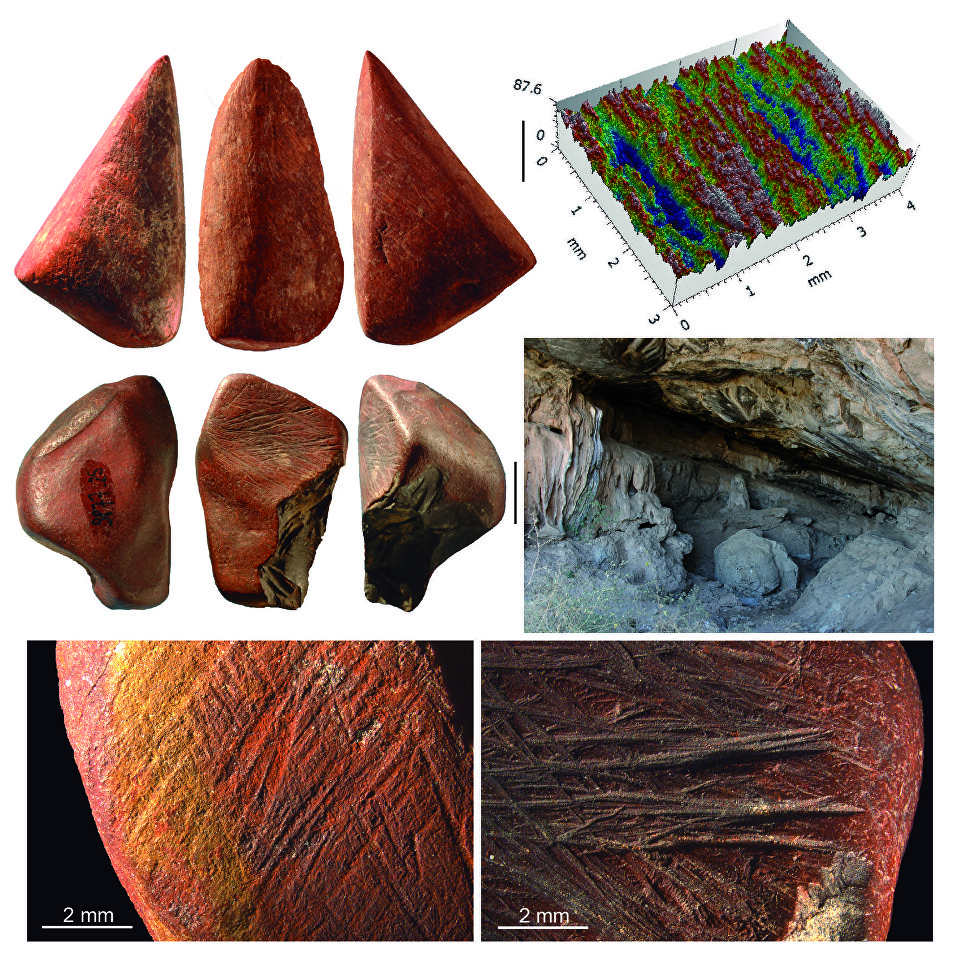 Rosso and other scientists have been excavating caves in Africa for several years, trying to understand how these artistic know-how spread – whether they were passed from generation to generation, capturing new territories along with migrating representatives of the genus Homo, or whether they arose Every time anew, when people came across pigments and started experimenting with them.

In Pork-Epic cave in the east of Ethiopia, they managed to find a whole storehouse of art materials and an associated “picture gallery” where the ancient artists actually worked continuously for 4500 years approximately 60 thousand years ago.

As the archaeologists say, they managed to dig out about 40 kilograms of ocher pieces from the bottom of the cave, and also find a lot of “palettes”, chopping, bone “brushes” and other tools that residents of Pork-Epik used to grind ocher and paint on its basis. In addition to the paints themselves and the ancient “brushes”, the scientists found traces of drawings on the walls of the cave, which French travelers wrote about in the late 1920s.

This discovery gave scientists the opportunity to see if the works of artists from Pork-Epik were related to each other, analyzing the chemical composition of their colors and how they produced them. To do this, Rosso and her colleagues analyzed the pattern of scratches on pieces of ocher that the residents of the cave used to decorate in the manufacture of paints, and compared them among themselves.

As it turned out, in fact the artists who inhabited the cave in different historical epochs were related to each other – they used approximately the same methods of making and applying paints, which only changed imperceptibly during the transition from one generation to another. This was manifested in the fact that the inhabitants of the cave made ocher about the same color and consistency, adhering to some common standards.

All this, according to scientists, indicates the continuity of cultural and artistic traditions, and their important role in the life of societies of those people who lived in Pork-Epic during the “middle” Stone Age. The search for such links between the authors of rock paintings in other parts of the world, according to anthropologists, will help us better understand how mankind colonized the Earth after the exodus from Africa.