In the cave of Slovenia has born a unique “dragons” 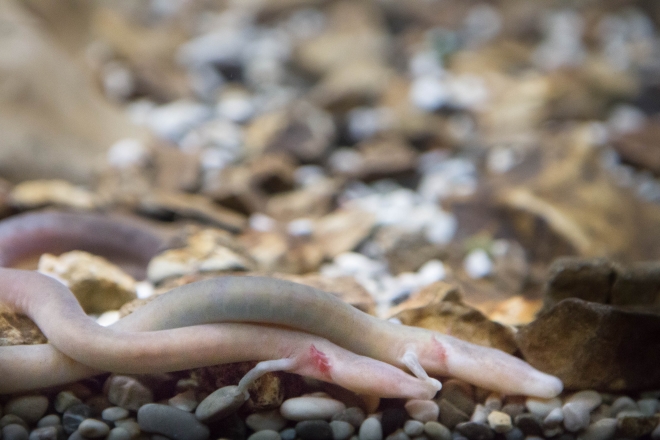 Last week, on 30 may and 1 June, an ancient cave in Slovenia, Postojna from deferred four months ago the eggs hatched salamanders amphibians unique. They are blind from birth, to survive, rely on smell and other senses. In science they are called almami, which means “human fish” or Proteus, and in ancient times the local people called them dragons, thinking that the young dragons that live in caves.

Just laying there are 23 eggs. The opportunity to observe the birth of Olov, millions of years inhabited the same caves, is a rare good fortune for experts, so they are closely monitoring the developments.

“This is the end of one Chapter of history and the beginning of the next — feeding and life outside the protective shell”, — commented SASO Veld dedicated to the study of Olmos and Postojna caves.

Despite the fact that nobody saw appeared first egg, the moment was captured with an infrared camera. “I was in the cave, but was distracted by other biological work. When we checked the recording of the IR camera, I saw that one egg is not enough. Fast shooting ago, we suddenly realized, what happened,” said Veld.

About the “dragons” mentioned in his book “On the origin of species” (1859) Charles Drawin, where he led these blind creatures unique as an example of natural selection. 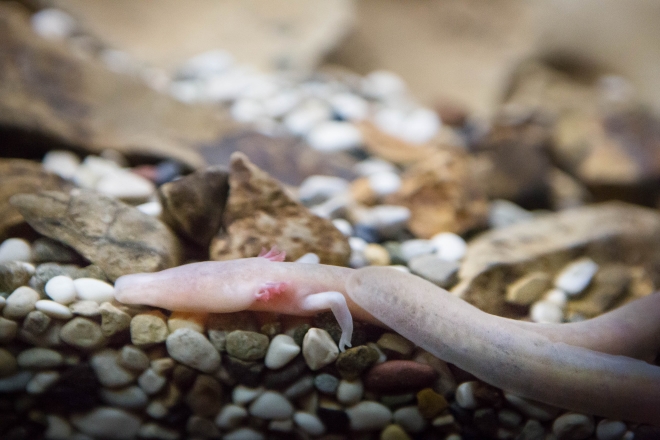 “It is assumed that they can live 100 years or longer and can live without food for up to 10 years. They have transparent white skin that covers including the eye, but, given the conditions of the environment, they don’t need to see. Instead, they have brilliantly developed hearing, sense of smell, they can detect light, electric or magnetic fields,” added weld. 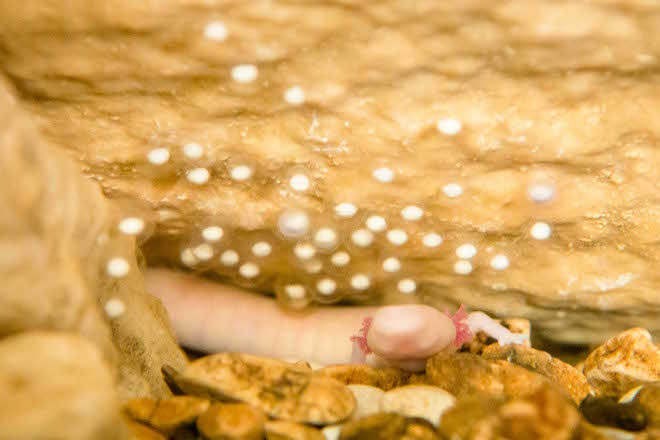 The birth of the first pups of the litter, no doubt, exciting event, but the hardest part is yet to come — now the experts will take care to of them increased by healthy adult individuals.

“The larvae will soon need to be fed, because they do not live in their natural environment, where they could feed themselves. We also need to change the water daily to avoid infection. For each larva needs its own aquarium and it is necessary to equip all the “kids” properly. If all goes well, this will be a real celebration, and while our dragons don’t breathe fire, the fireworks in this case would be very useful.”