In the Chilean desert are tested Martian rover 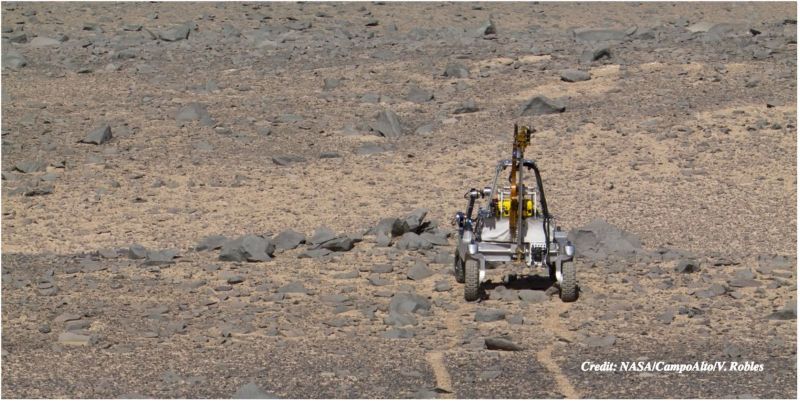 However, the climatic conditions in this desert are also well suited to imitate the conditions of the Martian surface. In these harsh, dry conditions, under the influence of powerful ultraviolet radiation, life exists mainly in the form of colonies of microorganisms, hiding under the ground or inside the stones.

A team of NASA scientists, working on a project called Atacama Rover Astrobiology Drilling Studies (ARADS), recently closed its second season of testing a rover called KREX-2 in Chile. Thirty-five researchers, scientists, engineers and technicians spent about one month testing the first sample of this rover, sending it to carry out various missions in which the robot’s drilling rig and its tools for searching for life were actively used. As a result of this work, the team was able to confirm the technical feasibility and scientific value of the mission to find traces of life on Mars.

The tests carried out by the KREX-2 rover test team included testing of a drilling rig, propulsion system, and a robotic arm. The robot is equipped with a light, low-power drilling unit that allows penetrating into the ground to a depth of up to two meters, and also a robotic arm for transferring samples. This year, the team also tested three life-search tools, named Wet Chemistry Laboratory (NASA), Signs of Life Detector (Spanish Astrobiology Center) and Microfluidic Life Analyzer (NASA). Tests conducted with the help of these tools in the Chilean desert have shown that extremely droughty conditions exist in it for 10-15 million years.

The ARAD Expedition this year became the second of four scheduled annual tests, which will be conducted until the beginning of 2019.