In the city of gladiators found the Byzantine tombs 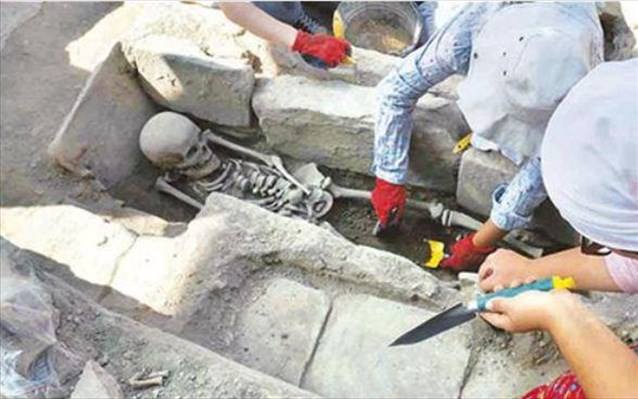 The city Stratonicea, located in ancient Asia Minor and included in the list of UNESCO world heritage site that never ceases to amaze these days. It is the largest city in the world of marble, also known as the city of gladiators, where archaeologists still cannot locate all the new finds from the Hellenistic, Roman and Byzantine periods.

During recent archaeological excavations in the city were found near the 65 graves from the Byzantine period, according to the Turkish press. In the graves were found the bones of adults and children who supposedly died 1300 years ago, at that time as a settlement where there was a cemetery originated about 3000 years ago.

“This city is a living archaeological Museum. This is something truly unique. There is no other such city where in full would be preserved all the buildings of antiquity,” – said the head of archaeological excavations, Will Or.

Upon completion of the archaeological site, visitors are in for a surprise – they will be able to see the appearance of the ancient city, a recreated through 3D technology.

“People are interested to see the old view of the city, because it is easier to imagine how was the life back then. We are bringing back to life the Byzantine period of the city through prints and 3D-technologies”, – concluded the archaeologist.

The ancient Greek city Stratonikeia was one of the key cities in the South-Western part of Asia Minor. It, according to the historian Strabo, was founded by king of Seleucid Empire Antiochus I Soter (281-261 BC) and named in honour of his wife Stratonice. City inhabited mainly by Greeks.