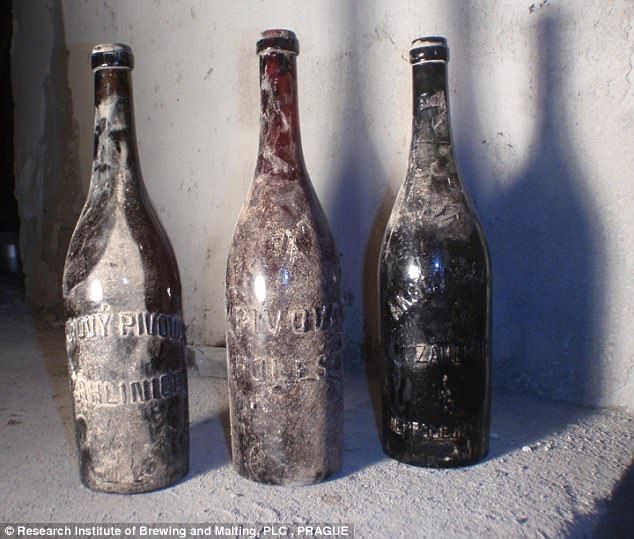 In the basement of one of the breweries in Zahlinice in the Czech Republic, three unopened bottles of beer were produced, which were released during the First World War. Scientists decided to conduct a chemical analysis of beer and find out what happens to beer after such a long time.

In addition to chemical analysis, experts decided to taste the drink. In one of the bottles caught a slight fruity smell, and in another flavor they were disappointed, because the smell from it resembled the smell of feces.

The chemical analysis showed that the old beer has more alcohol than the modern one and has a less bitter aftertaste. In the composition of beer more iron, copper, manganese and zinc.

Scientists conducted a DNA analysis to detect any microorganisms. Although no experts found the first foul-smelling sample of yeast DNA, the DNA of bacteria Staphylococcus and Streptomyces was detected. It had a density of 10.3 degrees of the Plateau.

In the second bottle of beer, in which specialists noticed a similarity with the Belgian lambic beer, no bacterial DNA was found, but DNA of several types of yeast was found. This beer was dark, very sour and differed in the flavor of fruit. It had a density of 7.6 degrees of the Plateau.

In the third bottle, the beer was dark. There were traces of bubbles of carbon dioxide in it. It was sweet and at the same time differed a bit more bitter aftertaste than the rest. It had a density of 10.4 degrees in the Plateau. This beer was more like the beer familiar to all. In it, researchers found DNA of yeast and bacteria. According to experts, beer in this bottle was the only one, the taste of which was similar to the taste of modern beer.