In the depths of Antarctica have discovered extraterrestrial life 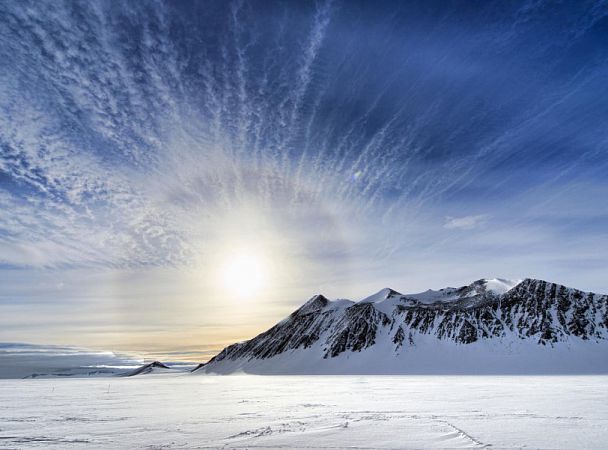 In early October, Russian scientists reported the discovery of a unique, according to them, the body in the subglacial lake Vostok in Antarctica. Found a bacterium has genetic similarity with modern science, living beings only 86 percent.

Lake Vostok, drilling of which was discovered a bacterium, is the largest subglacial body of water on the mainland. The thickness of the ice, under which there is liquid water, is approximately four kilometers. The length of the lake — more than 175 kilometers, a width of approximately 65 km, depth — up to 1.2 kilometers. The total volume of water in it exceeds 6.1 thousand cubic kilometers, which is only 3.5 times less than in lake Baikal, the largest freshwater lake in the world. Station “Vostok”, after which the lake got its name, is located on the Northern edge of the ice pond.

The age of the ice over the lake is estimated at 20 thousand years, and it itself is isolated from the outside world for 15 million years. The water temperature in the upper part of the lake is minus two or three degrees Celsius at a pressure of 400 times above atmospheric. In the depth of the lake, it is likely that there are geothermal sources which warmed the water and create a comfortable for the organisms living conditions. Meanwhile, in the water of the lake is about one hundred times more oxygen than normal. The temperature of the surface layer of lake ice does not exceed minus seven degrees Celsius is the lower limit for metabolic activity of known bacteria.

The borehole 5G-1 began to develop at the Vostok station in 1989 by the joint efforts of the Soviet, French and American scientists. The surface of the lake, the scientists reached in 2015, raising from a depth of 3767,57 meter on the surface of the earth two ice core.

“The frozen on the drilling crown water was found absolutely no known bacteria, it is called w123-10”, — said the head of the laboratory of cryostability Petersburg nuclear physics Institute named after Boris Konstantinov geneticist Sergei Bulat.

Headed by Bulat team officially engaged in the search, that is “alien” life in subglacial lake Vostok, as well as identification of nitrogenous bases and amino acids in meteorites (carbonaceous chondrites) and comets cosmic dust substance of micron size, was found in Antarctica. Unusual microorganisms in the group of Bulat are trying to locate methods of molecular phylogenetics, in particular the gene sequencing of the small subunit ribosomal RNA of bacteria and archebacteria compliance with the criteria for the study and authentication of ancient DNA. Assessment of cell number is by running cytofluorometry.

Creature w123-10 was may second the bacterium found in the drilling of lake Vostok. The first one was opened in 2004 by Russian and French scientists, who at depths 3607 3561 meters and found the signal thermophilic beta-proteobacteria Hydrogenophilaceae thermoluteolus. These depths are separated by a layer of ice whose age differs by approximately five thousand years. Being Hydrogenophilaceae thermoluteolus, as studies have shown, comfortable lives at temperatures around minus 50 degrees Celsius. These organisms discovered in the ice of the first type — the so-called top ice, in contrast to the lower ice of the second type is not located directly at the surface of the lake.

Most likely, Hydrogenophilaceae thermoluteolus live, as suggested by the team, Bulat not in the lake, and at its bottom or in crevices in warm and rich with carbon dioxide and hydrogen sedimentary rocks. Closer to the surface they can be imposed as the result of seismotectonic activity. Detection Hydrogenophilaceae thermoluteolus led to a revision of existing tectonic models of Antarctica was the evidence of its subglacial lakes geothermal sources.

Previously, scientists have reported on the findings in the ice of the southern continent for unknown organisms. In 2013, experts reported the discovery in the samples from lake Vostok unknown to science DNA, but then denied this information. It should be noted that most of the information about the traces of microorganisms obtained on the basis of statistical data, which is difficult to distinguish between the presence of a truly unique organisms introduced from outside. Scientists from the U.S., for example, announced a very controversial finding in retrieved to the surface samples nadoennogo ice fragments of DNA and RNA that indicate the possibility of dwelling in the lake of multicellular creatures.

Available data indicate that the most likely candidates for life in subglacial lake are chemoautotrophic bacteria — in particular, methanogenic archaebacteria and sulphate-reducing bacteria. Such creatures could survive in total darkness and excess oxygen. Unfortunately, in the ice of the first type above lake Vostok have not yet discovered enough traces of methane and hydrogen sulfide, which would point to the activity of such organisms. However, scientists still have only investigated the ice of the first type, whereas the active life in lake Vostok, if it exists, most likely occurs closer to its bottom, which scientists have not yet reached.

If life really is in the subglacial lake Vostok, it is likely to is very peculiar. Similar conditions for potential organisms, scientists believe, exist in the sub-ice oceans of Jupiter’s moons (Ganymede, Callisto and Europa) and Saturn (dione and Enceladus) as well as at the poles of Mars. A study of the East allows astrobiologists already on the Ground much to learn about potential life in the cold worlds of the Solar system.

For example, scientists believe that Enceladus under a layer of ice at the depth of 30-40 kilometers away is the ocean, the depths of which are thermal sources, heating water to a temperature of 90 degrees Celsius. Probably a moon of Saturn was formed in the early stages of development of the Solar system, and its stone – its properties are similar to primitive meteorites (carbonaceous chondrites), the Earth’s surface. The latter contain, in particular, the minerals serpentine and saponite, which provide Enceladus hydrogen and heat necessary for the existence chemoautotrophic forms of life. On Earth, these organisms represented by bacteria, which get energy from organic matter and chemical oxidation reactions of inorganic compounds.

In the ocean of Enceladus is about the same salt content as in earth’s ocean. In addition, there are a lot of soda and a high level of alkalinity (pH of the water reaches 12). As scholars have noted, high alkalinity and high concentrations of baking soda means that in the depths of the ocean to happen the reaction of serpentization is an interaction of hot rocks satellite and ocean water, resulting in water are carbon dioxide, hydrogen, and metals.

On the Ground like an ocean of Enceladus conditions exist in the Mono lake in California. In this pond a lot of salt and soda, it does not live fish, however, are unusual organisms, in particular bacteria GFAJ-1, tolerant to lethal to other organisms concentrations of arsenic.

Detection of bacteria Hydrogenophilaceae thermoluteolus in the ice above lake Vostok shows that within the earth’s subglacial lake has hydrothermal vents similar to those assumed in the sub-ice oceans of the moons of Jupiter and Saturn.

Unfortunately, in the next few years sending missions to Saturn is not planned — it is too far from Earth. In the present study the gas giant and its moons completes the automatic station Cassini, thanks to which mankind learned about the geysers of Enceladus and its ice ocean. Jupiter was more fortunate: NASA and the European space Agency plan to send in the 2020s, a special mission devoted to the search of life on the satellite Europe. Unlike lake Vostok, automatic station will not engage in drilling, and examines the samples produced from emissions from the ice ocean of a moon.