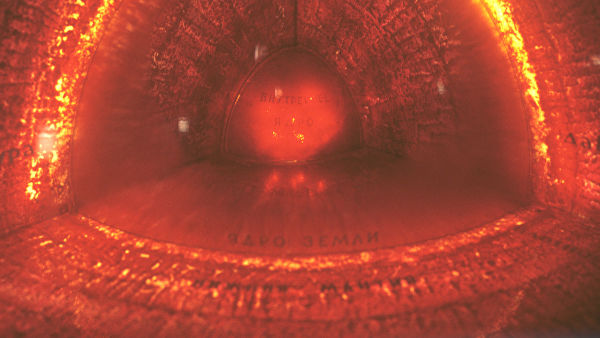 A powerful earthquake in Bolivia helped scientists study the structure of the boundary between the upper and lower mantles of the Earth and found that it is covered with huge mountain peaks and deep crevasses. Their findings and “photos” of the mantle were presented in the journal Science.

“The boundary between the layers of the mantle turned out to be much rougher than the surface of the planet. The underground elevations, figuratively speaking, turned out to be taller than the Appalachians or the Rocky Mountains. We cannot accurately calculate their height, but it seems that they are higher than any mountain peak on Earth, “said Wenbo Wu from the Institute of Geodesy and Geophysics of CAS in Wuhan (China).

The Earth’s interior consists of several layers — solid crust, a semi-fluid mantle, and a molten metal core. The crust is divided into several huge fragments – tectonic plates that slowly “float” along the mantle and collide with each other.

They move due to the fact that the mantle is heterogeneous in composition. The processes of exchange of matter in different parts of the mantle proceed with unequal speed. Due to the high viscosity of the mantle matter, certain areas of the earth’s crust begin to “slide” along with them. The result of this movement was the “continental drift”, numerous earthquakes and a large number of active volcanoes at the plate collision points.

Until now, geologists did not know exactly how the mantle was built, which causes heterogeneity in it and whether there are any analogues in the deep regions of this layer of the Earth, given that its matter is in a partially molten state.

Wu and his colleagues uncovered an extremely unexpected structure of the boundary layer between the lower and upper layers of the mantle, located at a depth of 660 kilometers, thanks to happy coincidence.

Analyzing the archival data, the scientists found that the shocks of the most powerful earthquake that occurred in Bolivia in June 1994 were so powerful that they reached this boundary layer, reflected and were recorded by several dozens of seismographic stations.

In the past, scientists could not extract useful data from these records, since for this they simply did not have enough powerful computers. Wu and his colleagues solved this problem and got a rather rough “relief map” of this part of the mantle, considering how the various protrusions and depressions on this border should have influenced the movement and reflection of seismic waves.

Such calculations are based on a very simple principle – if the boundary between the layers of the mantle was smooth, the seismic waves will be reflected from it at the same time and together return to the surface of the Earth. If there are any irregularities, then some of the oscillations will be delayed, while others, on the contrary, will return before the others.

Much to the surprise of geologists, the boundary between the upper and lower mantles was not smooth or smooth, but very torn and rough. Figuratively speaking, some of its regions were covered with a kind of “mountain peaks” of the lower mantle matter, rising to a height of 1-3 kilometers into the upper mantle. Similarly, the “gorges” of the matter of the upper layers crashed to the same depth in the lower part of this layer of the Earth.

Such a structure of the boundary between the halves of the mantle, as Wu notes, contradicts two generally accepted theories, whose supporters believed that it should either be very clear or be completely absent due to the fact that their breeds had to mix well with each other.

Why this is so, scientists do not yet know, but the presence of such an unusual “relief” at the lower layer of the mantle, according to them, suggests that its rocks do not practically mix with the upper parts of the lithosphere and have remained in their original form since the time of the Earth’s formation.

Accordingly, their analysis and the creation of analogues in the laboratory will help geologists understand what our world was “molded” in the first moments of the life of the solar system.