In the depths of the Earth discovered a giant ocean 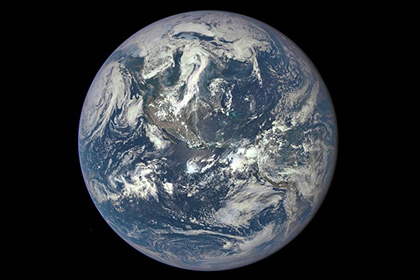 British and American Geophysics found deep in the bowels of the Earth preserved the water of the ocean. Large volumes of water are at depths of 400-600 kilometers from the planet’s surface and suspended in hydrated minerals, particularly in brucite. The study allowed the researchers to show that this mineral, including water, under high pressures is thermodynamically stable.

Their insights came Geophysics, spending many computer quantum-mechanical calculations allow to understand the properties of brucite at high pressures.

Scientists say that the presence of water in the deep interior of the Earth plays an important role in the geological activity of the planet and climate change. In the future, scientists plan to conduct accurate estimate of the number associated with gidratirovannykh mineral water inside the planet.

In March, the Geochemistry of Russia, France and Germany also found at a depth of 410-660 kilometers beneath the Earth’s surface the ocean the Archean period (2.7 billion years), the volume of which exceeds the size of the oceans.

A study published in the Proceedings of the National Academy of Sciences, about it, reports the University of Florida.