In the depths of the earth discovered strange water 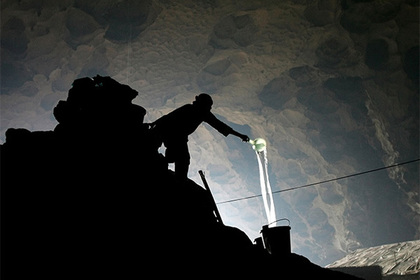 Scientists at the University of Chicago conducted quantum simulations to simulate the behavior of water under extreme conditions existing in the Earth’s mantle. The article is published in the journal Proceedings of the National Academy of Sciences. About the scientific work briefly described in a press release on EurekAlert !.

At ultrahigh temperature and pressure, water begins to show anomalous properties, being simultaneously in different phases. It can be liquid when the temperature of the medium is 10 times higher than the boiling point, and also combine the signs of a liquid and a solid.

Scientists modeled the conditions with the help of a supercomputer, increasing the temperature and pressure of the medium in which the water molecules are located, to values ​​that are, respectively, 40 times and 100,000 times higher than normal conditions. In the laboratory, such an experiment can not be carried out, since water begins to enter into chemical reactions with the material of the equipment. For simplicity, the researchers considered only a small number of H2O molecules, having studied their quantum states under extreme conditions.

Researchers have shown that at a temperature of 1000 kelvin (726 degrees Celsius) and a pressure of 11-20 gigapascal (GPa), the water is in the liquid phase and quickly dissociates into ions, which immediately recombine. This process is carried out with the help of a bimolecular mechanism, when the kinetic energy of the two molecules is so high that they decay during a collision. The resulting short-lived ions play the role of charge carriers, which explains why the electrical conductivity of water in such an extreme medium is 6-7 orders of magnitude higher than under normal conditions. At the same time, hydrogen bonds between molecules that provide a liquid state are preserved at least under a pressure of up to 20 gigapascals.