In the DNA of the new “super bacteria”, invulnerability genes have been discovered 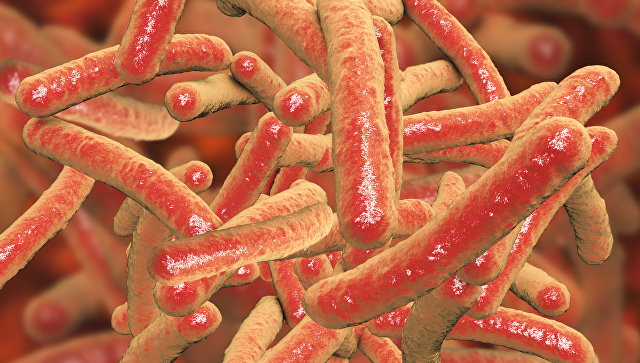 Swedish molecular biologists have discovered seven dozen previously unknown genes of “super bacteria”, getting them into potentially pathogenic organisms will make them invulnerable to the action of “antibiotics of the last hope.”

“We have shown that there are a lot of such genes that we do not even know about today, their discovery will help us prepare for the emergence of new bacteria resistant to the action of many antibiotics and create the means to fight them before they spread” , – said Erik Kristiansson (Erik Kristiansson) from the Technological University Chalmers (Sweden).

In recent years, the problem of the emergence of so-called “super bacteria” – microbes resistant to the action of one or more antibiotics – has become more and more acute for physicians. Among them there are both rare pathogens of infections, and very common and dangerous pathogens, such as Staphylococcus aureus or pneumococcus pneumoniae. There was a real danger that all antibiotics will lose their effectiveness and medicine will return to the “dark ages”.

The main “incubators” of such microbes, according to scientists today, are hospitals and livestock farms, where antibiotics are used to accelerate the growth of beef breeds. Both on farms and in hospitals, large numbers and potential carriers of infection are concentrated, and the bacteria themselves, and antibiotics, which cause them to evolve and do not allow “ordinary” bacteria to displace less prolific super-microbes.

Kristiansson and his colleagues discovered 76 previously unknown genes associated with such “invulnerability,” studying about ten thousand microflora samples collected in various parts of the world and in a variety of conditions – in sewers, on streets, in the wild, in hospitals, on the body human or animal.

Several hundred strains of these microbes, as shown by the analysis of their DNA and proteins, have learned to synthesize special enzymes – the so-called metal beta-lactamase (MBL), capable of “catching” and neutralizing the molecules of the most potent antibiotics from the carbapenem class. Due to this, the microbe is actually immune to the effects of drugs, and scientists do not yet have effective ways to deal with them, in addition to cleaning the infected body tissues and habitats from zinc ions required for the operation of MBL enzymes.

Most of these genes were known to scientists, but a significant part of them – 59 new gene families, which include 76 unique DNA sequences that had never before been found in the genomes of already known super bacteria.

In fact, all these genes were found in innocuous and almost unknown to science microbes living in sewage and in rivers, however, as the first experiments on their “transplantation” into E. coli DNA showed, they can easily fall into the genomes of other, more dangerous bacteria and protect them from the action of “antibiotics of the last hope.”

For this reason, the study of these genes, scientists hope, will help pharmacists and chemists create new versions of carbapenems or fundamentally new antibiotics that can suppress the “super-abilities” of microbes and kill them. On the other hand, such an extension of the “arsenal” of potentially dangerous microbes suggests that scientists have been underestimated rather than overestimated the likelihood of their occurrence.