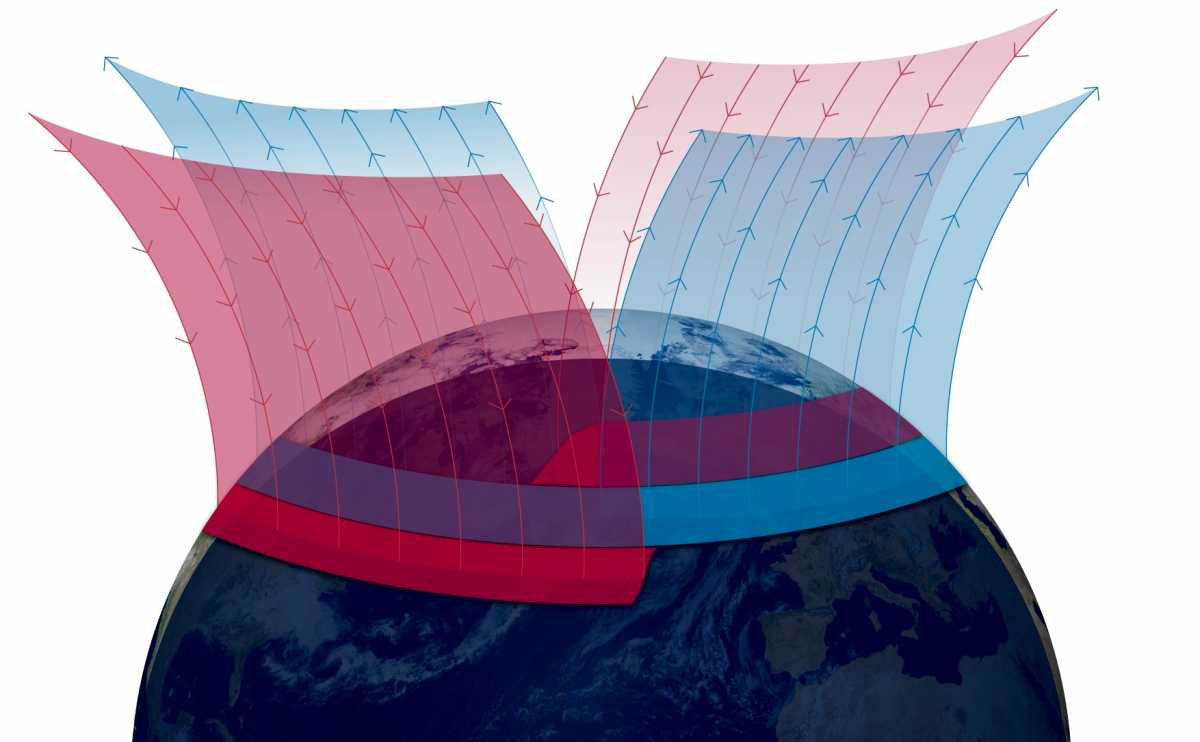 Supersonic speeds and temperatures of up to 10000 ° C are not quite what we used to expect from our planet as a whole, a peaceful one. However, it was precisely such extremal indicators that scientists registered who managed to “catch” ionospheric plasma streams for the first time.

The solar wind, interacting with the ionosphere and the magnetosphere of the Earth, creates ordered flows of charged particles over the planet – this hypothesis was put forward by the Norwegian physicist Kristian Birkeland back in 1908. They play an important role in the appearance of auroras and some other high-altitude phenomena. However, the Birkeland currents, existing at altitudes of 80 to 1000 km, could be directly noticed only in the late 1960s, when the necessary satellite observations were made.

Today they are being examined with the help of three European spacecraft Swarm. Identical satellites equipped with sensitive magnetometers operate at different heights, from 460 to 530 km, allowing to study magnetic phenomena occurring both in the atmosphere and in the bowels of the Earth. Recently, they recorded plasma currents, which are involved in the motion of ionospheric currents of Birkeland.

Under the influence of powerful electromagnetic fields, this plasma accelerates to supersonic speeds and is heated to almost 10,000 ° C. Rushing to the poles and receiving additional energy along the way, some of these streams go further into space. These processes, according to scientists, have a significant effect on the chemical composition of the upper layers of the atmosphere.

The report on the discovery of “Birkeland current boundary flows” was made at the conference of the Swarm Science Meeting in Calgary in which the scientists participating in the Swarm mission presented the latest results of their work. It was also reported that the power of Birkeland currents in the Northern Hemisphere is higher than in the Southern hemisphere. The reason for this is still unknown.