In the England set up unmanned patrol boat 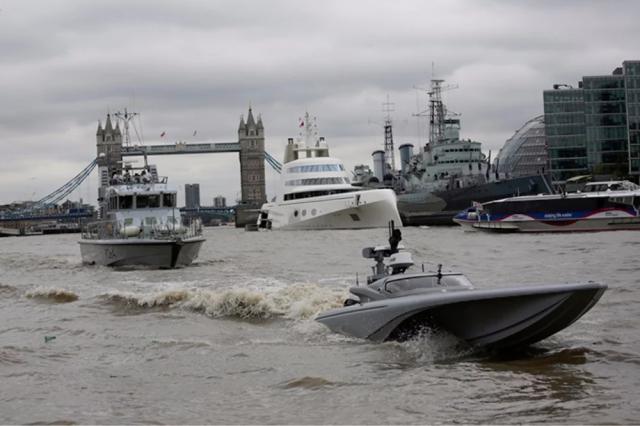 The Royal Navy of great Britain introduced the unmanned boat called the MAST. During the first public demonstration on the river Thames MAST accompanied the patrol boat HMS Archer. The length of the new unmanned boats is about 10 meters. Width – 3 meters. Weight – 2 tons. The main purpose of the boat – intelligence, although it can carry both weapons.

The boat can operate in fully Autonomous mode and remote control mode. Unlike other unmanned boats MAST is capable of swimming at high speed in offline mode without colliding with obstacles. However during a demonstration on the Thames on the boat there was a man who in the event of an emergency, could take it over.

The maximum speed of the boat makes 50 knots (92 km/h). MAST equipped with radar, multiple cameras, including infrared and panoramic cameras as well as GPS. It is reported that the boat created on the basis of Bladerunner speedboats developed by London-based company ICE Marine.