In the future astronauts will eat bars 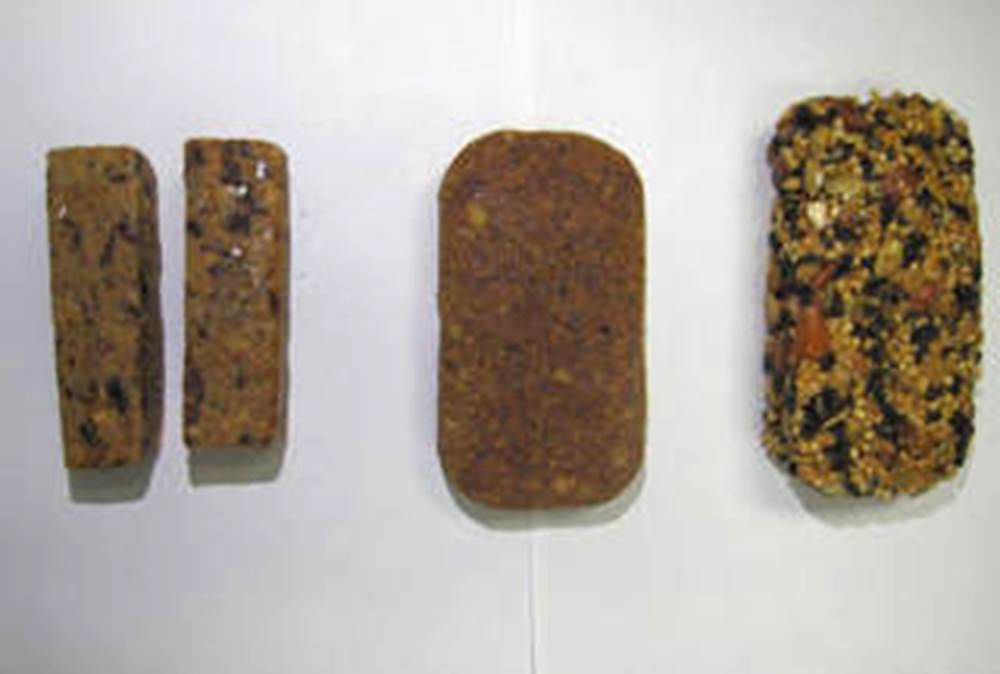 NASA developed a new high-calorie nutritious bar which, perhaps, will enter a diet of the astronauts sent to far space missions – and this bar looks quite sadly!

Astronauts on the International Space Station have a possibility of the choice from more than 200 various dishes that allows to bring a variety a space diet. However it is much more difficult to feed team of the astronauts going to Mars in the space capsule of NASA Orion as throughout all long travel to the Red planet astronauts won’t be able to receive any supplies from Earth. It means that aboard the spaceship astronauts of NASA will take only the most necessary – and therefore as a part of the freight taken aboard there will hardly be a tasty food – astronauts should eat less appetizing, but very high-calorie and compact food, such as this high-calorific innovative nutritious bar from NASA.

These nutritious bars were already tested by group of volunteers in the research center under the name HERA located in the Space center of Johnson of NASA, and now, having received feedback from examinees, scientists of NASA finish the new product.

One more direction of the researches connected with food in space which are conducted by NASA is cultivation of plants in space: so, the astronaut of NASA Scott Kelly within a year of stay on the ISS achieved considerable success in cultivation of plants and has even dinner the salad which is grown up by the hands at the station.