In the glaciers found traces of ancient civilizations 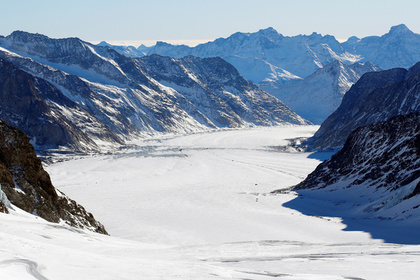 An international group of scientists found in the samples of Greenland ice the traces of lead emissions that occurred between 1100 AD and 800 AD.

It turned out that the age of heavy metal deposits correlates with the times of the heyday and fall of ancient European civilizations. This is reported in a press release on Phys.org.

Lead was trapped in the atmosphere due to the development of European lead-silver ores in the days of Ancient Greece and the Roman Empire, after which it was carried with winds over the Atlantic Ocean to Greenland. Here, the metal particles settled together with dust and drops of water, getting into the glaciers. Researchers studied lead levels in extracted cores, having carried out more than 21 thousand measurements, covering a 1900-year period.

Scientists believe that a significant part of the lead was released into the environment due to the extraction of silver, which was used to make coins. This allows us to establish a connection between the levels of lead in the ice and the state of the economy of those times. Thus, emissions of heavy metals increased in the 900 BC, when the Phoenicians expanded the network of trade routes in the western Mediterranean. Maximum pollution occurred during the times of prosperity of the Roman Empire (I-II century AD).

Reduction of lead concentration occurred synchronously with plague epidemics, as well as in times of wars and political crises. In addition, in the last 80 years of the existence of ancient Rome, heavy metal emissions have decreased almost fourfold.