In the heart of a person found built-in “defibrillator”

Immune cells that live in the heart of humans and mammals can conduct current and are able to produce electrical impulses, helping the heart in the event of malfunctioning of its muscles.

“When we first measured the voltage and saw that the macrophages are rhythmically charged and discharged, only then I realized that these cells do not isolate the heart muscle from the environment, but rather help it conduct current.” Now we need to think about how inflammations in the heart affect On the work of these cells and how they conduct current, “said Matthias Nahrendorf of Harvard University (USA).

The heart of man and animals is a unique organ, whose cells can simultaneously spontaneously produce electrical impulses and contract, without requiring for this a constant flow of “commands” from the spinal cord or brain. Current pulses are produced by so-called “driver cells”, and cardiomyocytes, muscle cells, use them to contract or relax at the right time.

Most of the heart cells are connected to each other by special protein “wires”, so-called gap junctions, which help them to synchronize their work and correctly pump blood through the atria and ventricles. Disturbances in the work of “cell-drivers” and these contacts, as a rule, lead to the development of heart failure and other serious health problems.

Narendorf and his colleagues accidentally discovered that not only the muscles of the heart themselves are involved in the transmission of these signals, but also the immune cells-macrophages. As the biologist tells us, macrophages are usually present in inflamed or infected body tissues, but for some reason in the heart they live permanently.

Trying to understand what they are doing there, scientists have grown several mice, in whose hearts the macrophages are absent, and tested how their heart will behave under stress. The results of this experiment were unexpected – the work of the heart did not improve, but worsened. The heartbeat slowed, and on the electrocardiogram, the scientists recorded a serious violation. 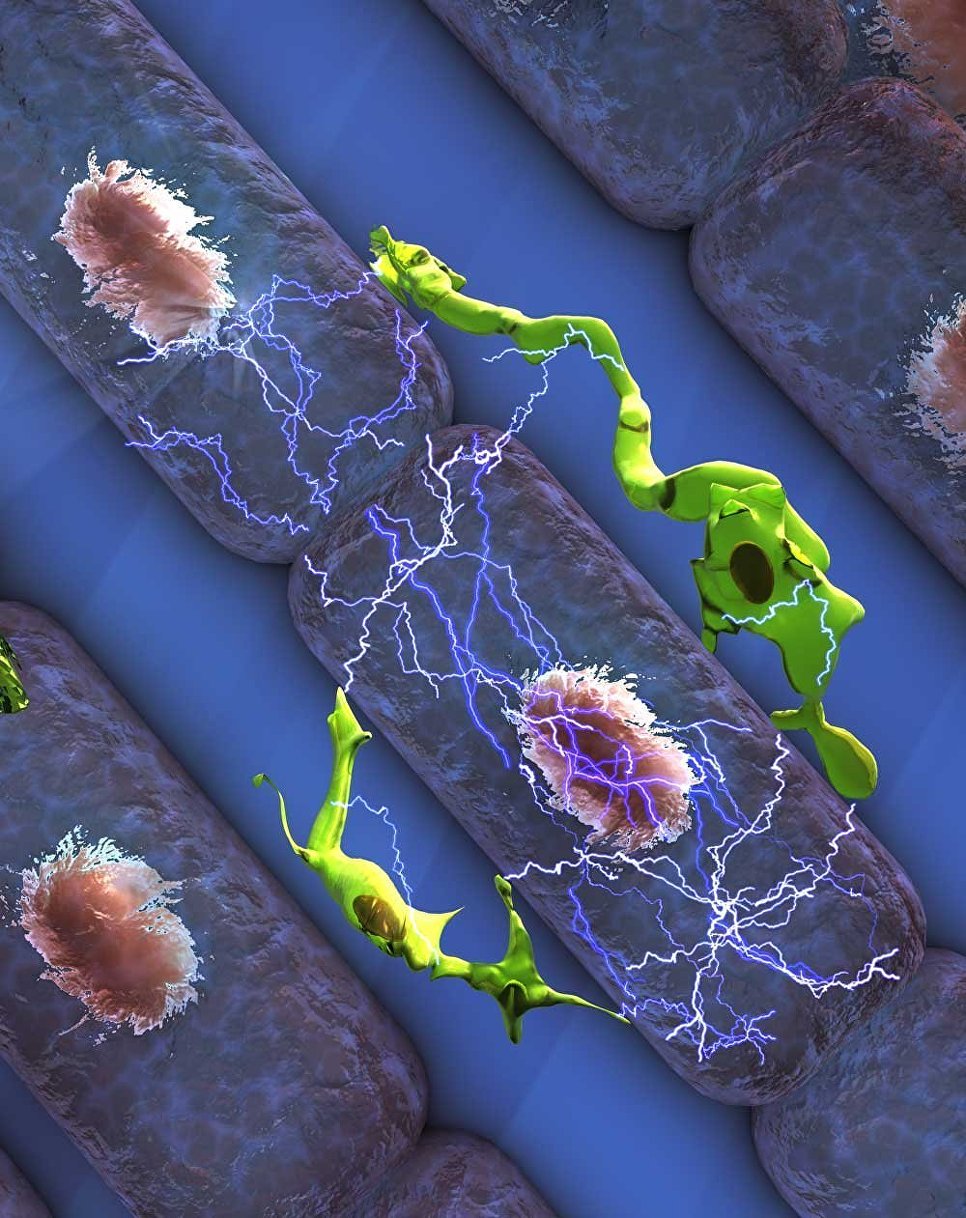 A similar result led the Narendorf team to carefully study how macrophages were distributed in the heart of normal mice. It turned out that most of the immune cells were on the partitions between the ventricles and atria, where the points are located, from where the electrical impulses produced by the “driver cells” spread over his muscles.

Turning to the help of electrophysiologists, Narendorf studied the electrical properties of these macrophages and found that they produced current and could act as additional “wires” connecting cardiomyocytes with their own gap junctions. Thus, they help the heart muscle to contract, even if some of its cells have lost contact with the “center” for various abnormalities in the work of the heart.

The discovery of such an unexpected function of macrophages in the heart, as Narendorf notes, made his team think about whether these cells can be implicated in the development of heart disease associated with a violation of its electrical conductivity. Accordingly, by suppressing or stimulating macrophages, it is possible to force the heart to “repair itself” without resorting to surgical intervention.