In the human body, a new organ was found 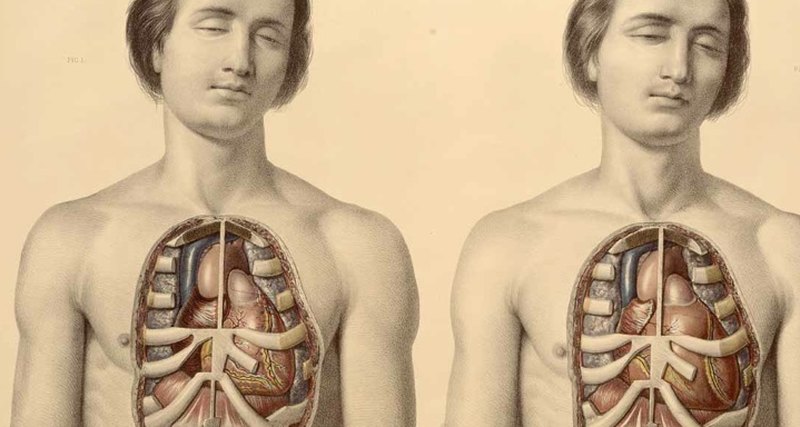 A group of American physicians discovered a new structure in the human body that it suggests to be considered an organ. Until now, the network of fluid-filled canals, enveloping the bronchi, liver, bladder and other organs, was not noticed because of imperfect methods of studying the anatomy.

A new and as yet unnamed organ was noticed accidentally, analyzing the results of a conventional medical procedure – endoscopy, which is carried out by placing a flexible tube with the camera on the end in the human gastrointestinal tract. Gastroenterologists examined the intestines of patients with a confocal laser endomicroscope; This device allows you to study the microscopic structure of tissues without separating them, right inside the body.

In the place where the bile ducts were to be surrounded by a dense, uniform wall, the scientists discovered an interlacing of the tubules. There is no description of this structure in this place in the textbooks of anatomy, so the scientists turned to a specialist for laboratory diagnostics Neil Theise from the New York University School of Medicine.

With the help of an endoscope with a confocal laser microscope, Tez discovered similar structures under the mucous membrane of his nose, as well as in many other organs of the patient: along the entire digestive tract, around the bladder, around the arteries, bronchi and ligaments and under the skin – wherever connective tissue is attached to other tissues and organs.

With a normal biopsy, the canal network loses fluid and becomes indistinguishable; extract it from the body and study in the laboratory was only possible, freezing the tissue before biopsy. The network was part of the submucosal layer – the tissue that connects the muscular and mucous membranes, and at the same time – the previously unnoticed element of a fluid-filled interstitial space, that is, an interstitial space. its tubules fill the lymph, and the structure is supported by tightly stacked collagen knots.

The authors of the article published in Scientific Reports suggest to consider this entire system as an independent organ, that is, as a group of tissues that perform a specific function in the body. Apparently, the main function of the interstitial network of channels filled with liquid is softening of impacts, however, cancer cells can spread along them, scientists note. The role of the new organ in metastasis has yet to be clarified.

Human anatomy has been studied quite well, but new organs periodically find or suggest separating from already known structures. Two years ago, scientists proposed to consider as an independent organ with its specific function and pathology of the mesentery – the fold of the peritoneum, which strengthens the intestine to the wall with the abdominal cavity.